Watchdog timers are the fundamental parts of modern embedded systems. A watchdog timer continuously watches the execution of code and resets the system if the software hangs or no longer executes the correct sequence of code.

The Microcontroller Unit (MCU) starts the bootup process when it is powered up, which can take several milliseconds to a few seconds. The microcontroller performs system initialization and other housekeeping activities during the bootup process. The MCU, while running the bootup sequence, does not expect any interruptions or RESET signal from the external watchdog timer monitoring the MCU. This is the main reason watchdog timers have long power-on or startup delays.

This application note explains how the MAX6369–MAX6374 family can eliminate this deadlock.

The MAX6369–MAX6374 are a family of pin-selectable watchdog timers that supervise the MCU activity, and signal when the MCU is stuck in a loop or does not execute code. The microprocessor must repeatedly toggle the watchdog input (WDI) during normal operation before the selected watchdog timeout period elapses to demonstrate the system is processing code properly. The MAX6369–MAX6374 assert a watchdog output (WDO) if the MCU does not provide a valid watchdog input transition before the timeout period expires. The watchdog output pulse can be used to reset the MCU or interrupt the system to warn of any processing errors. Table 1 shows the different timing options provided by the SET pin configuration of the MAX6369–MAX6374.

Figure 1 is the application diagram of the MAX6369 interface with the MCU. 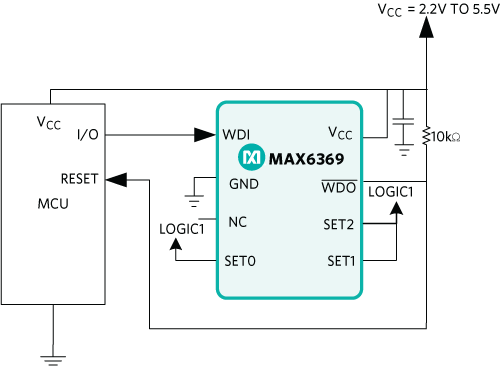 Figure 2 is the timing diagram of the MAX6369–MAX6374. The MCU starts its bootup after the device power-up. The MAX6369 ignores any WDI violation for tSETUP + tDELAY, which is longer than the bootup process. The MCU, after the bootup process, starts toggling the WDI pulse before the tWD time expires.

The following are the different key timing instances during the operation:

The MAX6369-MAX6374 starts monitoring the MCU activity after the bootup process is finished.The watchdog timer detects the MCU watchdog fault if the MCU is unable to toggle the WDI pulse before the tWD time expires (Figure 2). The watchdog fault reboots the MCU. If the system reboot time is more than tWD, the MAX6369 toggles the WDO repeatedly before the reboot process finishes. This hangs the MCU forever. Figure 3 shows a similar deadlock condition.

Figure 3. Deadlock condition in the MCU.

The deadlock problem in Figure 3 is solved by providing extra setup delay (tDELAY) to the MAX6369–MAX6374 every time it detects a watchdog fault.

Figure 4. Changing the SET pin configuration when WDO is asserted.

Figure 5 shows the application circuit diagram used to get the timing diagram in Figure 4. The SET1 logic pin is connected to the WDO pin in the following schematic. 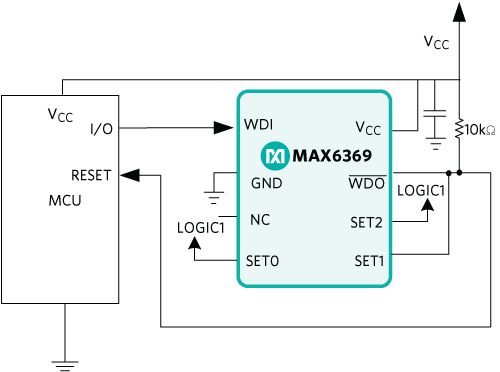 Figure 5. Application circuit to disable the watchdog timer during the reboot. 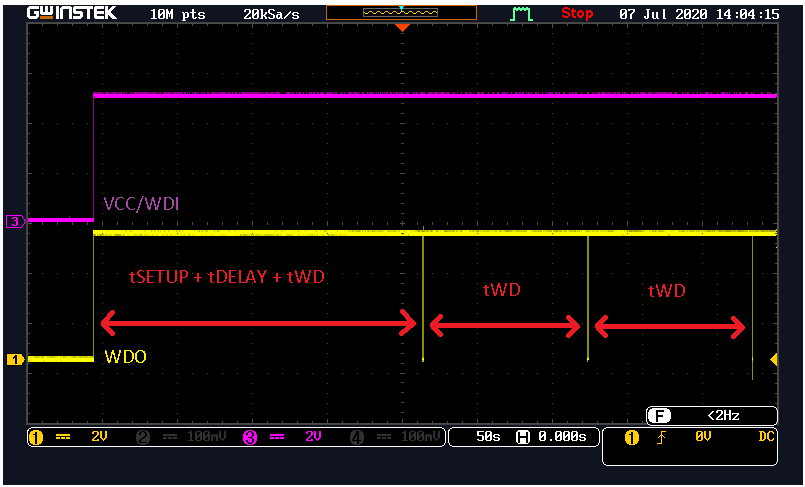 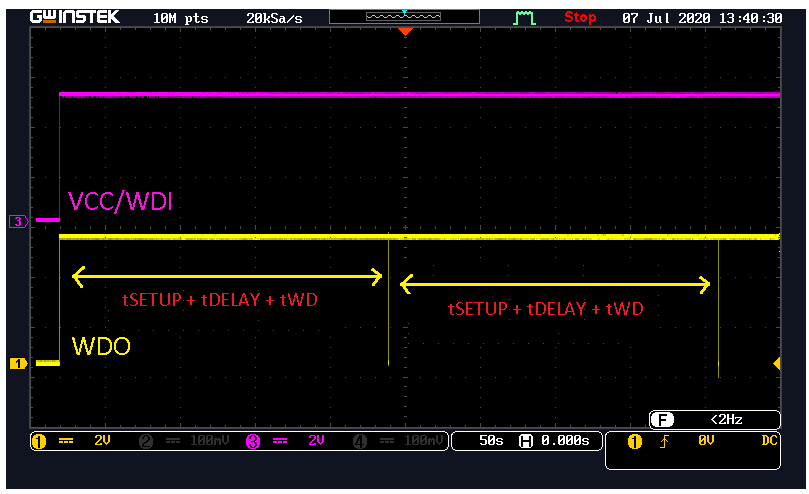