/
Creating the Power Subsystem for Power Over Ethernet Designs

Creating the Power Subsystem for Power Over Ethernet Designs

PoE systems consist of some form of power sourcing equipment (PSE), such as a network switch or a midspan injector switch, along with a PD as shown in Figure 1. 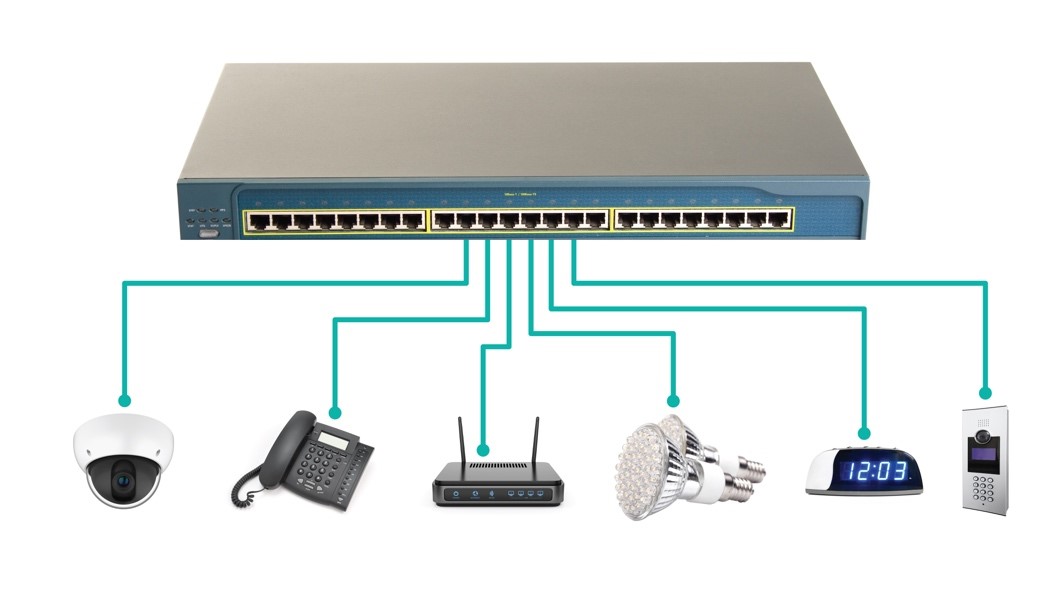 Figure 1. PoE system with power sourcing equipment at the top and powered devices at the bottom.

PoE is beneficial for reducing the number of cables running to the end equipment. Using a single Ethernet cable simplifies installation and also provides for centralized power management – the PDs can be remotely powered off and on and can provide continuous operation in spite of an AC power outage if the PSE has uninterruptible power source (UPS) power.

Of course, there are limitations to the amount of power that can be efficiently provided to an end-point and the distance of that end-point from the network switch that provides the power. The maximum distance specified is 100m (333 ft); this is the distance from a PoE-capable switch to the PoE PD. A PoE Ethernet extender, however, can lengthen that span. 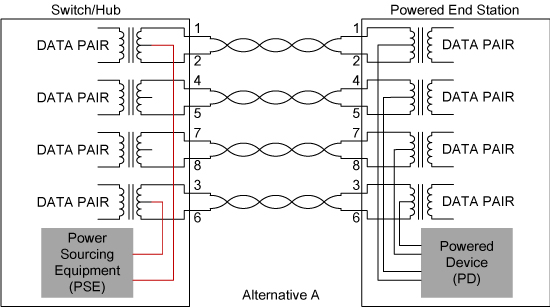 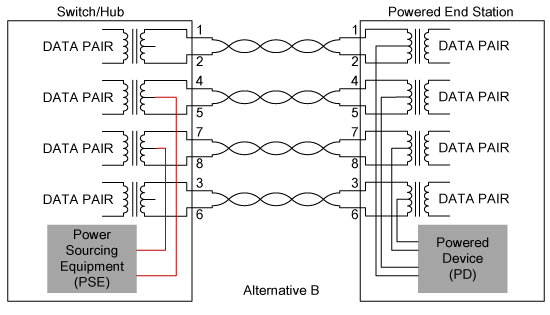 The IEEE standard dictates the amount of power that can be delivered to the end-point:

The voltage range sourced by the PSE and received by the PD is shown in Table 1.

Table 1: Voltage Range Sourced by PSE and Received by PD

The power subsystem of a generic PD may look like the image shown in Figure 3.

The power subsystem of a PD comprises of a PD interface controller that accepts power from the Ethernet cable and a DC-DC converter that then regulates the power down to the supply rails required for circuit functionality. Table 2 provides the maximum power amounts available for the PD to draw from the PoE connector. The PD must classify itself, via the PD interface controller's classification, to receive the right amount of power according to its class. More details on PD classification IEEE802.3bt standard.

Before choosing a suitable power solution, answering these questions can help you determine your PD requirement:

These are features that would satisfy most of the PD requirements mentioned before. The rest of the requirements will be addressed by the DC-DC controller, which will be discussed later. The selector guide presented in Table 3 shows some recommended PD interface controllers and their key features.

If your PD doesn't require isolation, then a high-voltage buck converter would be an appropriate choice for your DC-DC converter need. Efficiency, total solution size, and cost are important considerations. Devices with features such as synchronous rectification, a wide input voltage range, and a high level of integration support these considerations. Figure 4 shows an example of a non-isolated DC-DC converter solution that addresses efficiency and size requirements. This is a class 3 PD. The MAX5969B is the PD interface and the MAX17503 is the DC-DC buck converter (non-isolated). The output is 5V/2.5A with 92% peak efficiency.

If your PD requires isolation, then a flyback converter would be appropriate, providing power of approximately 40W (class 5 and below). A device that minimizes the number of components required can save board space and cost. For example, an isolated flyback controller that doesn't require an optocoupler to provide feedback for output voltage regulation can save multiple external components and the associated board space and cost. Furthermore, an optocoupler degrades overtime, so not using one also results in higher reliability.

Figure 6 shows an example of an isolated DC-DC converter solution. It is a class 2 PD, 5V/1A output, and can operate with 12V to 57V wall adaptor input voltage. The solution uses the MAX5969B as the PD interface and the MAX17690 for the no-opto flyback DC-DC converter.

To further improve the efficiency of the flyback DC-DC converter, you can replace the output rectification diode with synchronous rectification. The schematic in Figure 7 shows an example of this.

As more devices are networked, running them on just one Ethernet cable that provides both connectivity and power is a convenient option. Besides, having the power delivered via a centrally managed switch allows for other enhancements such as remote ON/OFF and uninterrupted operation even in the case of a local power outage.

Thanks to the newest IEEE 802.3bt standard, even more types of devices can now be powered via PoE. As the amount of power delivered increases, so does the need for higher efficiency and wider input voltage ranges to accommodate the complex power system designs. This requires careful consideration regarding the selection of both the PD controller as well as the DC-DC converter to generate the required regulated voltage to be used by the system.