The Reference Design Document describes the hardware pictured below. It provides a detailed systematic technical guide to designing a Smart Electronic Load Using the MAX32630FTHR and MAX11311. The hardware was built according to the linked Schematic, Bill of Materials and PCB Artwork. It was tested by Maxim Integrated’s expert applications engineering team in a state-of-the-art design lab.

The MAXREFDES1213 is a reference design showcasing the MAX32630FTHR and MAX11311, as well as several other Maxim products, that demonstrates a small size, low-cost, portable electronic load (E-load) for testing power converters and PMICs. The MAX32630FTHR is an Arm®-core-based, low-power microcontroller board whose main purpose is to facilitate communication between the PC’s graphical user interface (GUI) software and the E-load. The MAX11311 12-port programmable mixed-signal I/O (PIXI™) with 12-bit ADC, 12-bit DAC, analog switches, and GPIO is used to control the load currents and measure various parameters of the E-load.

The power that is dissipated in the power MOSFETs is drained using a heatsink with a cooler fan (the Thermaltake® CLP0556). The MAX6645 automatic PWM fan-speed controller with overtemperature output controls the fan speed based on the heatsink temperature. 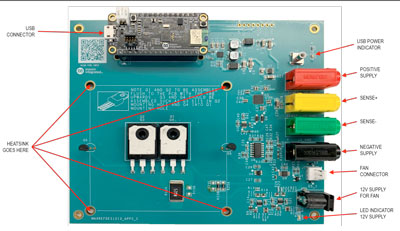 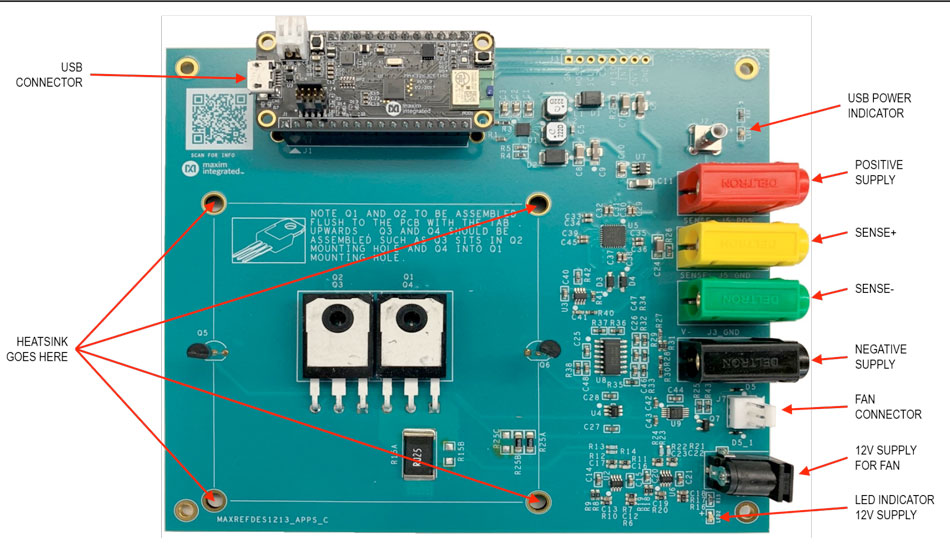