In the mid 1970s I had the best job an aspiring engineer could hope for: I worked the sales floor at a well-known national electronics retailer. And at that time, there were just three products that kept us all in business: eight-track tape players, citizen's band radios, and police scanners.

The police scanners were especially fun. Most days, we'd keep about a half dozen of them running on the shelf, lights urgently blinking, from time to time stopping with important-sounding voices coming through. The dancing lights were hypnotic, and the tense voices drew you in better than any TV cop show.

We sold a lot of police scanners, and part of the sales ritual was pulling out the box full of crystals, each frequency in its own pill bottle, and deciding which crystals to put into the scanner. You see, each channel required its own crystal, and the customer had to select eight from the 50 or more channels available in our area. City police channel one, city police channel two, state police base, fire department, ship-to-shore radio telephone–everybody had their favorites! We sold a lot of crystals, and even people who had bought their scanners somewhere else knew we'd have the right crystals for all the hot channels.

One day, a new scanner arrived that didn't need crystals! Instead, it came with a fat book of binary codes for all the frequencies you would ever need. To program a frequency, you'd find its code in the book and flip 16 switches on the front panel of the scanner to store the binary code for the desired frequency. It was time consuming and error prone, but it worked like magic!

Of course, it wasn't magic–it was a frequency synthesizer. Instead of a separate crystal for every channel, this scanner had just a single crystal plus a little math and lots of digital logic to synthesize a frequency for the local oscillator. As the scanner switched from channel to channel, the internal logic would retrieve the stored code for that channel and load it into the frequency synthesizer, determine whether there was activity on that frequency, then either stop and play the audio or continue to the next channel.

Watch my video for a look at the basics of frequency synthesis. It's kind of long, but the video covers a lot, from generating frequencies with relaxation oscillators all the way to using M/N dividers to generate pretty much any frequency from a single reference oscillator. 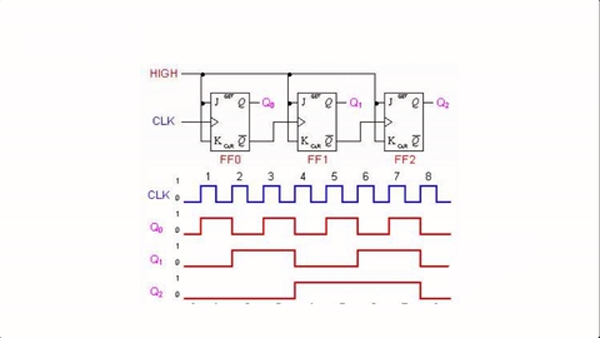