Electronics in cars have been increasing due to higher adoption rates for technologies like driver assistance systems, navigation, satellite radio, telematics ,etc. This increase in electronics also leads to an increase in cabling in the cars.

If you consider the car radio, high-end cars are looking to support up to six radio receivers. These tuners are needed to receive AM, FM, FM background scanning, FM diversity, DAB (for Europe only), DAB–MRC (for Europe only), and DAB background scanning (for Europe only). Accommodating six tuners in the head-unit is challenging in terms of design, layout, and heat dissipation in a limited head-unit space, which needs to support electronics for new technologies. Also, the current system-level radio architecture would require running up to six cables from the antenna to the head-unit. (Figure 1) 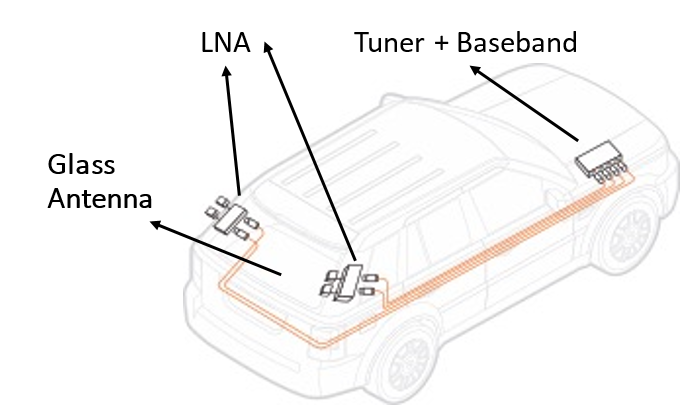 Maxim has announced an RF to Bits automotive radio tuner solution (MAX2175) which simplifies the head-unit design and reduces the cables required for the car radio.

The reduction in cables is achieved by serializing the output of the tuners using Maxim’s Gigabit Multimedia Serial Link (GMSL) links. Maxim’s GMSL link, which is used in mass production by OEMs for camera and display applications, provides sufficient bandwidth for the tuners. The GMSL link is used to transfer digital I/Q data from the tuners to the head-unit and for the control data in the back channel. Also the same cable is used to power the remote tuners. Thus, by using a radio tuner architecture, car manufacturers just have to use one standard-length cable (plus one short cable) instead of up to six standard-length cables. (See Figure 2) 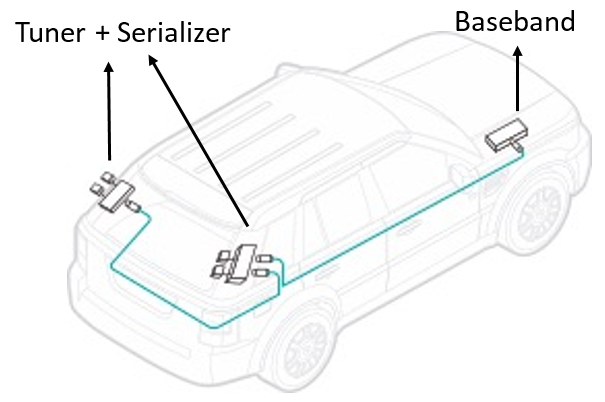 An added benefit of having the radio tuner architecture is an improvement in performance of the radio. This is because the radio tuners now are in a much quieter environment close to the antenna. Also, the cable from the remote tuner to head-unit carries digital signals instead of analog signals. The digital signals are more immune to noise. 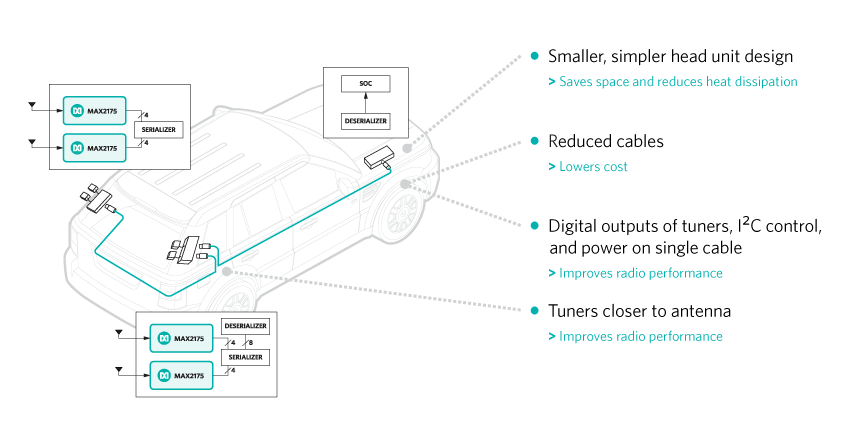