When it's time to test the ICs on a wafer for functional defects, you know you're in the home stretch of the semiconductor production process. Digital Frontier, based in Suwon, South Korea, develops high-performance automatic test equipment (ATE) for reliable and economical semiconductor production. The company's NAND flash wafer tester tests and compares the output signals from the buffer to the design under test (DUT), which is the semiconductor device to be inspected.

When Digital Frontier was developing a wafer tester for a particular customer, the company needed to reduce the test equipment's size and lower its power consumption. With these goals in mind, the company sought an ATE driver that could address any thermal challenges with the equipment while also enabling robust performance.

Designing the MAX9972 into its NAND flash wafer tester, Digital Frontier reduced equipment size and power consumption. Up to 36 boards can be built into one machine, and 36 MAX9972 ICs are built into a single board. The IC's offset gain calibration function helped to minimize offset errors, and the devices met the performance targets that Digital Frontier's customer expected.

To learn more about how the MAX9972 helped the company meet its design challenges, read Digital Frontier's story. 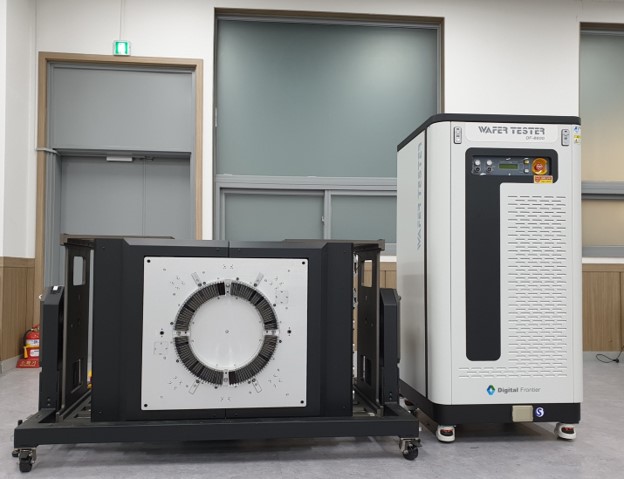