Before delving into the details and inner working of Maxim's RF Power Linearizer (RFPAL) family, a basic explanation is required for context: Figure 4a below shows a high level block diagram of a PA system utilizing RFPAL. Of note, this RFPD-based linearizer is an adaptive RFIN / RFOUT system enabling standalone operation in remote radio heads, PA modules and any application without direct access to a digital processor. Directional couplers are used to drive the linearizer's RF inputs (RFIN and RFFB). The correction signal (RFOUT) is then combined with the PA input signal using a directional coupler as well. Looking deeper into the inner workings, the linearizer uses the PA output signal to adaptively determine the nonlinear characteristics of the PA at a given average and peak power level, center frequency and signal bandwidth. This feedback signal (RFFB) from the PA output is analyzed in the frequency domain to generate a spectrally resolved linearity metric used for the adaptation cost function. 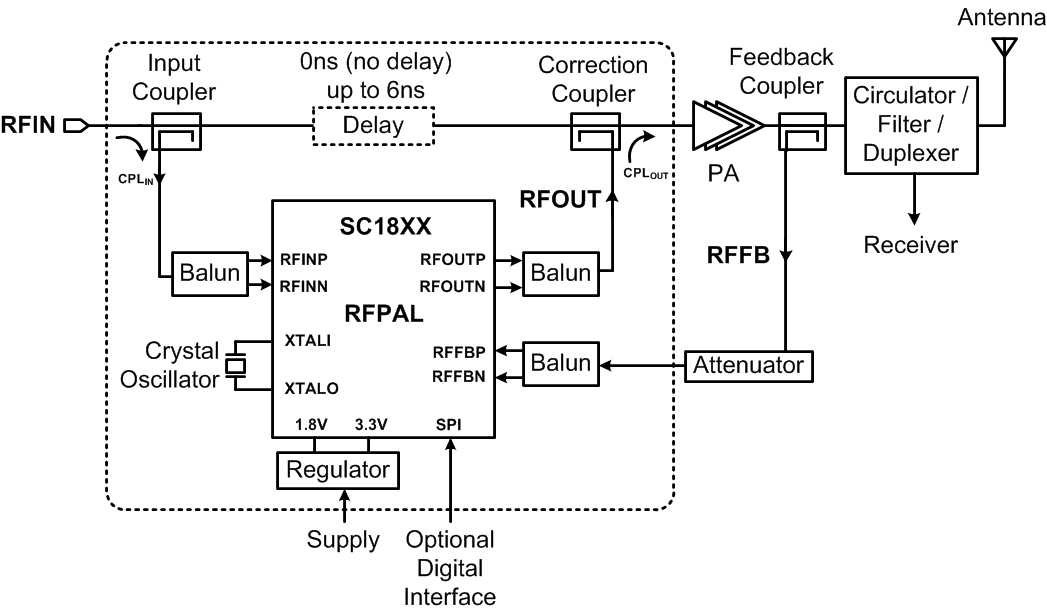 As shown in Figure 4b, the entire linearizer system (including all components within dashed lines of Figure 4a) can be realized in a compact PCB footprint measuring less than 6.5cm2 and a low bill of materials. 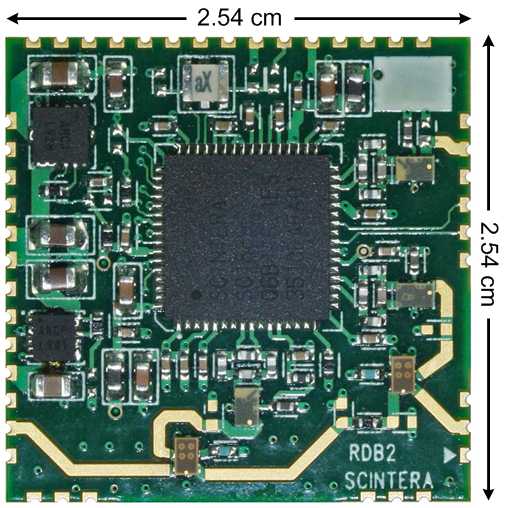 Figure 4b: Photograph of RFPAL system implementation on printed circuit board

With a baseline established for RFPD's basic operation, its system implementation can be described and compared to digital predistortion (DPD). Figure 5 illustrates how DPD expands the bandwidth (adds the predistortion correction signal to the desired signal) at the earliest point in the signal chain – the digital baseband. That bandwidth expansion is then propagated through the entire transmitter chain and back again through the feedback path to the digital baseband. The bandwidth expansion burdens the entire system with greatly increased clock speeds and expanded bandwidth requirements leading to high system power consumption. Added complexities include (but not limited to) challenging clock generator requirements, including jitter performance, multi-pole high frequency reconstruction filter and wideband linear up-mixer. 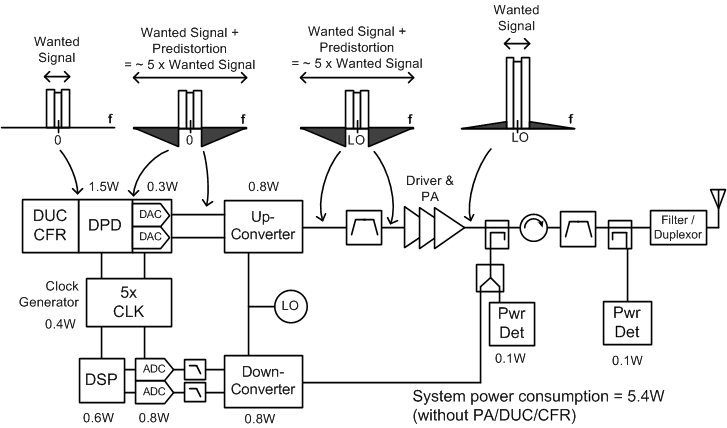 With DPD systems, the frequency response of the filter after the up-converter has to be wide enough to accommodate the wanted signal plus the BW expansion required for the PA predistortion. Unfortunately, any noise generated by the DACs, up-converters, etc., within the filter's bandpass will also be amplified by the PA. In the majority of applications, the only way to filter the noise falling in the receive band is at the output of the PA. This approach requires the use of filters whose size, cost and insertion loss varies based on the design requirements. There is also a potential increase in the cost of the filter to meet the more stringent rejection requirements. Any added insertion loss due to this filter degrades efficiency and requires the PA to be driven harder to achieve the same output power at the antenna as originally desired. The filter partially negates the benefits that were achieved through the use of digital predistortion. Alternatively, lower noise DACs and up-converters may be used to remove the requirements for a post-PA filter, but at higher cost and current consumption than their higher noise counterparts. Note, the power consumption is estimated based on an integrated DPD/DSP ASIC and external ADCs, DACs, down-converter, clock generator and power detectors. The power consumption estimates do not include DUC, CFR and PA as they are present in both DPD and RFPD implementations.

As discussed previously, by leveraging a standalone RFIN/RFOUT architecture and adaptive RF predistortion technology, Maxim's integrated approach allows the correction signal to be injected only at the point it is needed – the PA's input. The benefits of this implementation can be seen in Figure 6. The requirements on the clock generator, reconstruction filter and up-mixer are all relaxed while all the components in the transmitter chain from the digital baseband up to the PAs can operate at 1X signal bandwidth. However, the linearizer can operate with a signal bandwidth greater than 5X with no system design or power consumption penalty since far out residual intermodulation products can be easily filtered. The total predistortion BW of RFPAL devices is about 250 MHz enabling compensation up to 11th order IMs for an instantaneous BW (wanted signal) of 20MHz, or up to 5th order IMs for an instantaneous BW of 50 MHz. Additionally, the RFPD-based system needs only a narrow band filter before the PA, hence relaxing DAC and up-converter noise requirements, and avoiding costly filtering at the PA output. Though not required for a RFPD implementation, the RFPAL devices also integrate the entire RFFB feedback path, thus greatly simplifying the overall system design and limiting the active components affected by the BW expansion to just the PA and the linearizer itself. These benefits lead to very low power consumption and a greatly simplified, lower cost transmitter and baseband architecture.

In the example given, the RFPD implementation consumes 4W less than the DPD implementation. Though the power difference may not be a critical issue in macrocell designs, the reduced power consumption, lowered system cost, and smaller footprint of RFPD-enabled designs become important factors in micro, pico and enterprise femtocells designs. Finally, Maxim’s RFPAL devices include optional features which provide measurement functionality for forward and reverse power and monitoring capabilities of temperature and spectral mask thus simplifying the system implementation even further.