By: Scott Anderson
Abstract: This application note shows how to design cover glass and apertures for an automotive gesture sensor. It minimizes optical crosstalk. 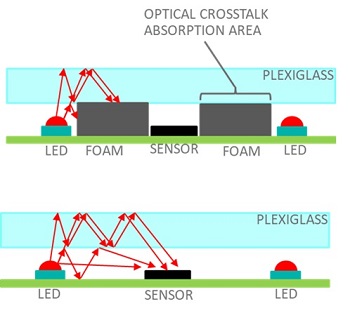 Figure 2 shows the mechanical stackup for plexiglass. The cover glass used is IR transmissive plexiglass. It blocks visible light below 750nm and is transmissive above. The part number is Plexiglas IR acrylic 3143. The polyurethane foam in between the Plexiglas and PCB is Rodgers Poron 4701-30. It is very soft and easily compressed. This material is used to absorb undesired reflections, refractions, and direct light.

Figure 4 shows the mechanical stackup for glass. The IR blocking ink is used to create the apertures while an IR transmissive ink hides the LEDs and sensor behind the glass. 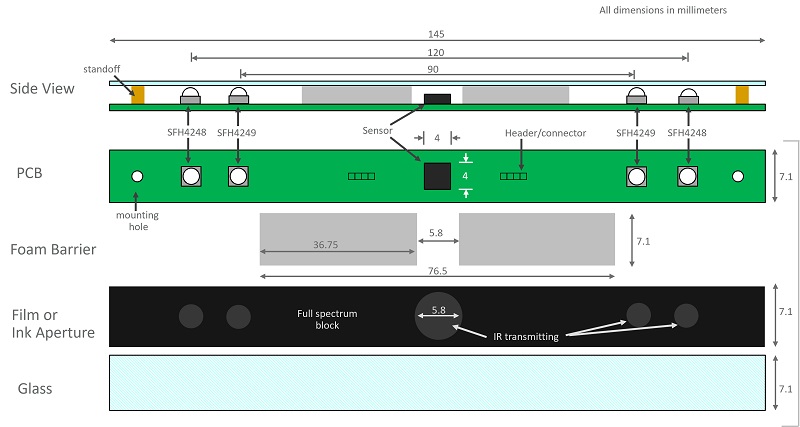