This application note describes the basics of the near-field communication (NFC)/radio frequency identification (RFID) MAX66242EVKIT board and an application utilizing the NFC capabilities of iOS and Android® based mobile devices to exercise board functionality. It then demonstrates how the application enables the user with the ability to use the memory and secure features of the MAX66242. It also shows how to use the MAX66242 with an onboard I2C temperature sensor which demonstrates the energy harvesting feature of the device.

In addition to covering the memory and security features of the device, a practical example is given to highlight the energy harvesting feature of the MAX66242. The MAX66242 serves as an NFC to I2C bridge to communicate with an external device. The external device used is a DS7505 I2C temperature sensor.

For more detailed device operation and specifications, refer to the MAX66242 data sheet. The part number of the EV kit to order is MAX66242EVKIT#.

The MAX66242 combines several capabilities with its NFC/RFID tag feature, including advance security, user programmable memory, data protection, an I2C interface, and energy harvesting. The block diagram in Figure 1 shows the relationships between the major components, including the control sections, memory sections, and interfaces such as the RF front end and the I2C.

Advanced security is provided through a SHA-256 crypto engine which provides a symmetric challenge-and-response authentication capability based on a shared secret key. Therefore, the MAX66242 can be selective about the readers that it communicates with and provides a secure way to store the keys and protect sensitive data.

The 4Kb EE user memory has been partitioned into 16 pages of 32 bytes. Each page is portioned into eight 4-byte blocks. Protection settings are applied to an entire page. As per data protection, several modes are available:

In addition to the ISO 15693 RF front end, the part has also an open-drain multipurpose pin (PIO) and an I2C interface. The device can operate as a slave (responder) or as a master (controller) depending on the application requirement.

The MAX66242 can also be used to harvest energy from the RFID reader and operate a connected device such as a sensor or a low-power microcontroller.

As shown in Figure 2, the MAX66242EVKIT board has a MAX66242 IC in SO8 package, a 5µH spiral antenna that resonates at 13.56MHz, a DS7505 temp sensor and a pin header for easy pin access. The MAX66242 is also available in wafer-level package (WLP) with small Au (gold)-bump for conductive adhesive attach to a label.

The header available on the board enables the capability to swap the connection between the onboard DS7505 and an external I2C sensor such as the MAX31875 which is supported by the mobile applications as well. A schematic is provided in the appendix that shows how the MAX31875 can be connected to the MAX66242EVKIT board (Figure 3). The accuracy of the DS7505 temperature sensor is 0.5°C and the operating voltage is in the range of 1.8V and 3.3V.

The mobile application is available for both iOS and Android. It can be found in the Apple App Store and in Google Play for downloading and installation. Please search with the "MAX66242 NFC Reader" keyword (Figure 4). The application allows the user to send commands through the NFC interface to evaluate the features of the MAX66242. 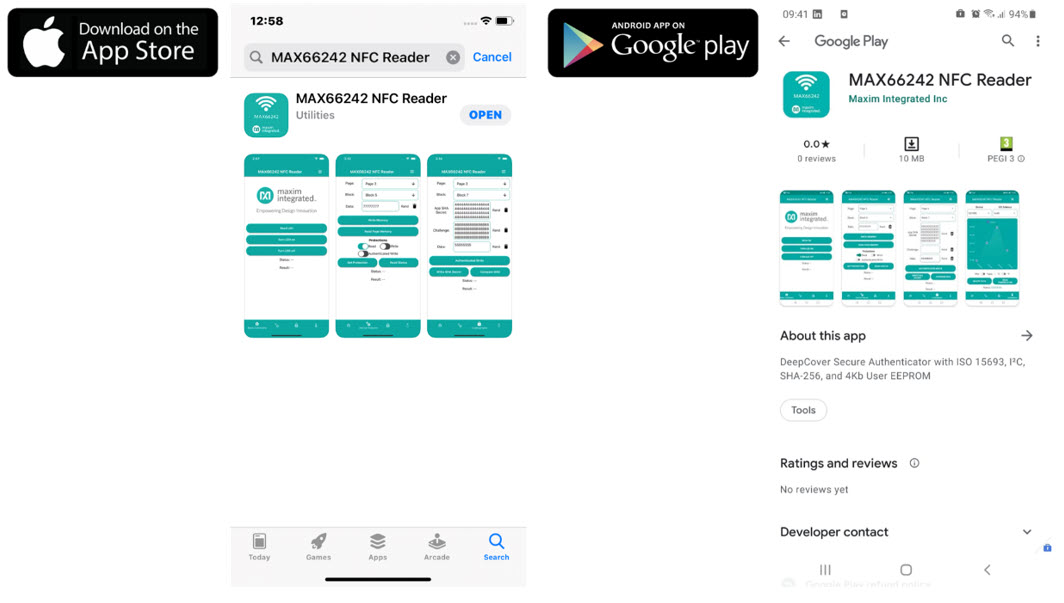 Figure 4. MAX66242 mobile applications are available in the market.

The mobile application has four main tabs that allow user to switch the focus between distinct features of the MAX66242. Each tab covers different functionalities of the MAX66242 as shown in Figures 5, 6, 7, and 8.

The MAX66242EVKIT board is required to be powered up through an active NFC reader. As the smart phone radio is used, the external VCC should not be used to power up the board while using the mobile application. In order to verify the communication between application and the MAX66242, the following procedure should be used:

After verifying the communication between MAX66242 and mobile application, one can continue with turning on and off the on-board LED with the associate buttons on the applications's Basic Command tab.

As shown in Figure 9, the power harvested through the mobile highly depends on the distance between the MAX66242EVKIT board and the mobile. As the distance increases, the harvested power decreases. It is most effective when the distance is below the 3.2cm. At 3.2cm or less, VOUT can output 3.3V or 1.8V depending on the user configuration. At distances greater than 10.2cm, no harvested voltage regulation is present at VOUT. 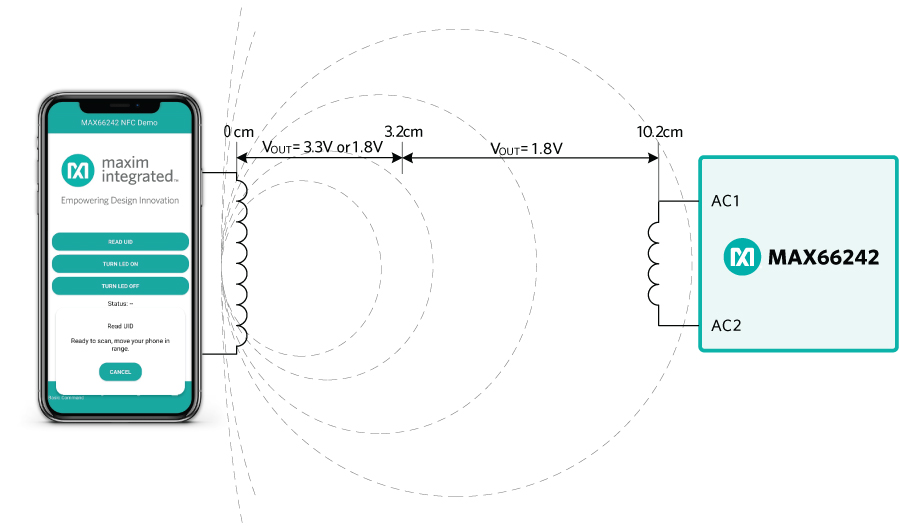 Figure 9. The power harvested on VOUT depends on the distance between devices.

Figure 10. Getting the MAX66242EVKIT within the proximity of smart phone antenna.

Note: The LED does not stay on continuously with an iPhone. Once enabled, it intermittently turns on/off by moving the board around. 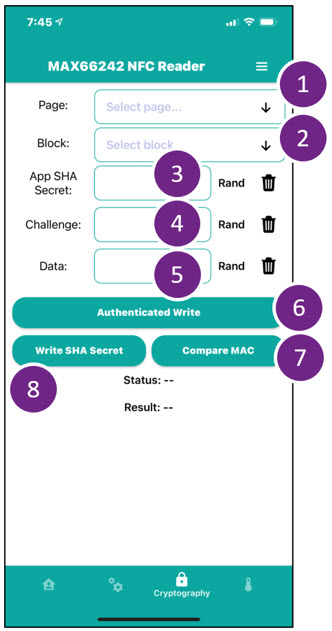 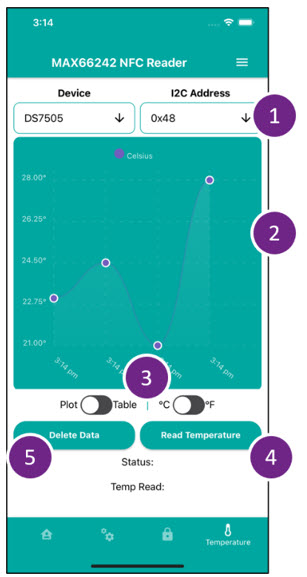 This application note covers the basic operations of the MAX66242 mobile application and how to get quickly up and running to experience its features and measure the temperature data. The same principles can be easily applied to communicate with any device with an I2C interface. A more detailed command description is available upon request.

Interfacing with the MAX31875 EV Board

The MAX66242 mobile application is able to get the temperature data from the MAX31875 as well. Two external pullup resistors are required for proper operation. See Figure 16.

Figure 16. Interfacing with the MAX31875 with external pullup resistors.

Figure 17 shows the layout of UID and ROMID registers of the MAX66242.

Figure 18 shows the organization of the user memory. It is organized as 16 pages of 32 bytes each. Each page is divided into 8-page blocks which holds 32 bits. 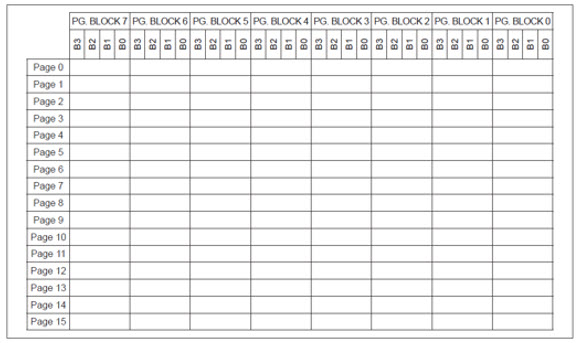