The Basics of Using the DS28S60

This application note discusses the basics of using the DS28S60 cryptographic coprocessor. It also discusses the steps to get it up and running quickly.

Let us look at the terminology used in this application note:

Figures 1 and 2 show how the Device, Client, and Authority interact with each other at a high level in the system. 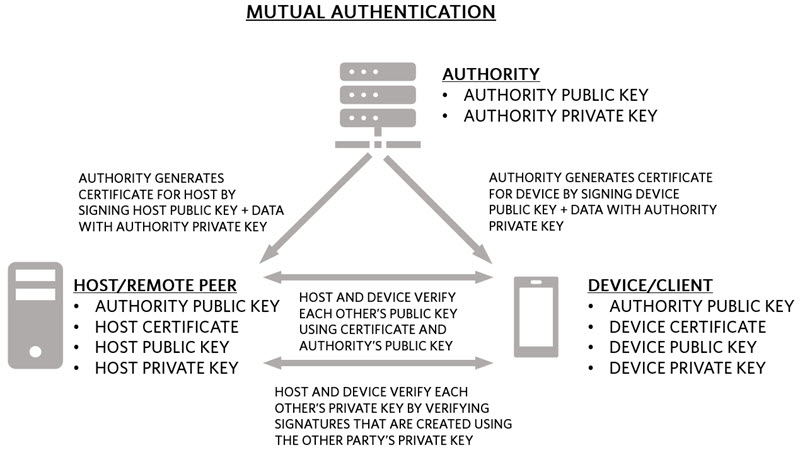 Set up the device first before using the DS28S60 in the field for the security needs. This involves installing and/or generating device key pairs, secrets, and certificates. This is done at a secure location such as a factory. 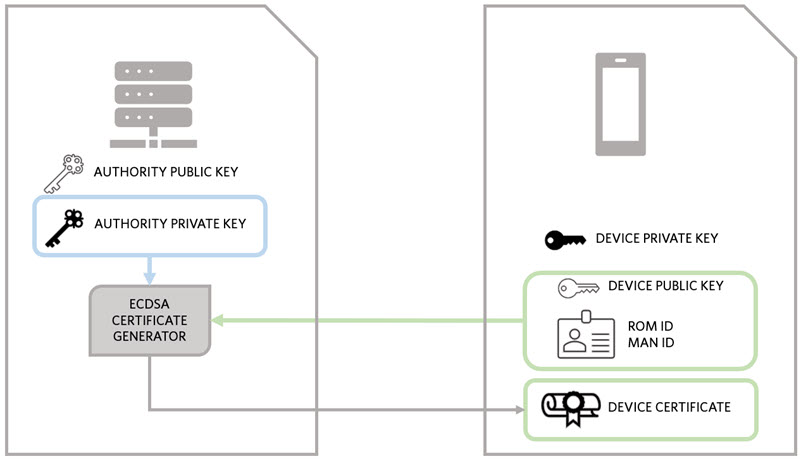 The Host and Device each generate an ECDSA key pair referred to as the ephemeral key pair to set up an encrypted channel. New ephemeral key pairs must be generated for each communication session. Once the keys are generated, the Host and the Device use the ECDHE Key Exchange to securely calculate a shared secret to encrypt and decrypt in a subsequent AES-GCM session. 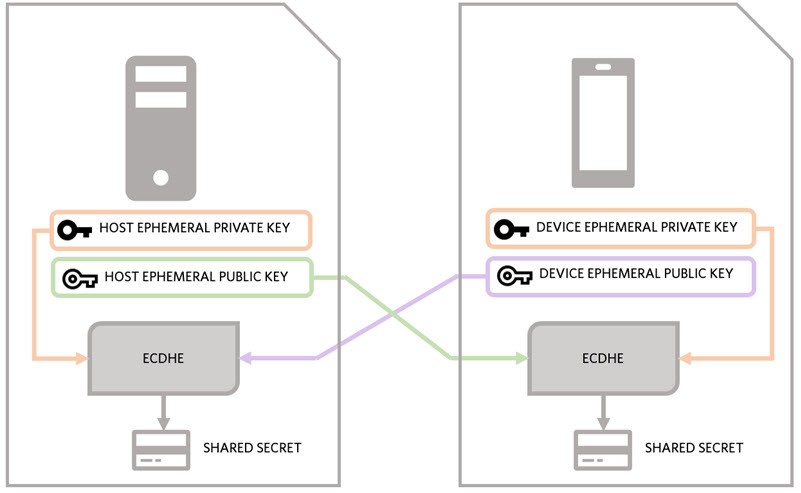 Bidirectional authentication has two stages. The Host and Device verify that each other's public key is a part of the system in the first stage by using the certificates created by the Authority along with the Authority's public key (Figure 6). Once the public keys are verified, the Host and the Device verify in the second stage that they each possess the private keys that correspond to the verified public keys. This is accomplished by exchanging signatures generated with their respective private keys and using the verified public keys to verify the signatures. Figures 7 and 8 show the private key verification process. 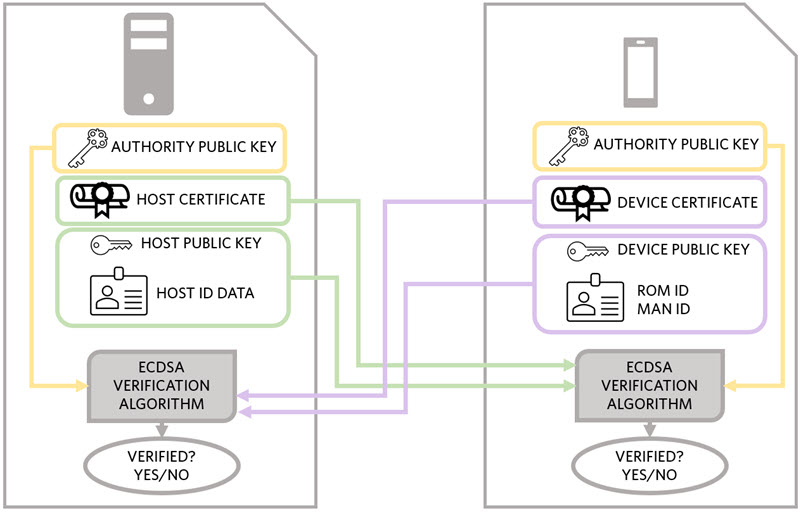 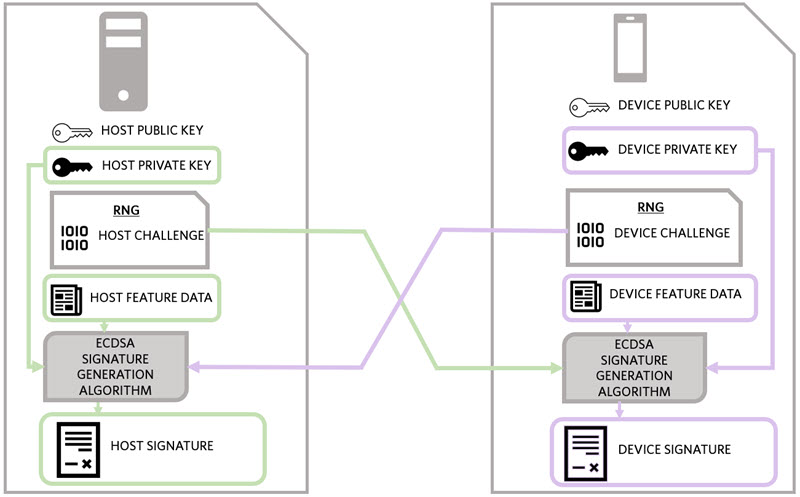 Now that the building blocks are covered, let us discuss how to put them together. The setup steps are done in a secure trusted location such as the factory. Once the setup is done, the Device is out in the field, and the Host is up and running, the Device and Host first establish an encrypted channel using the steps described above. Once the encrypted channel is established, the Device and Host authenticate each other to ensure they are a part of the same system. They start communicating with each other once they mutually authenticate each other successfully.

This application note covers the required commands and steps to set up and use the DS28S60 as part of a system that requires mutual authentication and a secure encrypted communication channel.

ChipDNA is a trademark of Maxim Integrated.