/
The Basics of Bluetooth LE Audio

The Basics of Bluetooth LE Audio

This application note discusses the basics of Bluetooth™ LE Audio and describes the advantages that LE Audio has over Classic Audio. With the introduction of the isochronous adaptation layer, Bluetooth LE devices will not be able to support the streaming audio features that made Bluetooth Classic famous. LE Audio also brings new features like broadcast and LC3, making it the obvious choice for the next generation of wireless audio devices.

What is Bluetooth LE Audio?

Bluetooth LE Audio brings the streaming audio features that made Bluetooth Classic famous to LE devices. It was first introduced in version 5.2 of the Bluetooth specification with the addition of the isochronous adaption layer (ISOAL) into the Bluetooth Controller. Prior to version 5.2, Bluetooth LE was strictly intended for simple data transfer. Devices were unable to transmit/receive streaming data typical of audio applications. 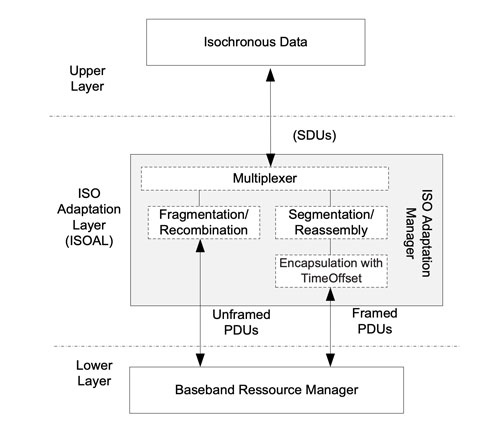 As the names suggest, LE Audio operates on a Bluetooth Low Energy radio while Classic Audio devices uses a Bluetooth Classic radio. Not only does support for audio on LE allow for lower power consumption, but it also enables the development of devices capable of both wireless data transfer and audio streaming using a single-mode Bluetooth LE radio.

Multi-Stream Audio is a new feature of LE Audio that enables the transmission of multiple, independent, synchronized audio streams between an audio source device and one or more audio sink devices. Using this new feature, you can improve the performance of truly wireless earbuds, including a better stereo imaging experience, more seamless use of voice control services, and smoother transitions between multiple audio source devices.

LE Audio adds support for Broadcast Audio, a new feature that enables an audio source device to broadcast one or more audio streams to an unlimited number of Bluetooth audio sink devices. Audio broadcasts can be open, allowing any in-range sink device to participate, or closed, where only those sink devices with the correct passkey can participate. Broadcast Audio opens significant new opportunities for innovation, including the enablement of a powerful new use case, Audio Sharing. 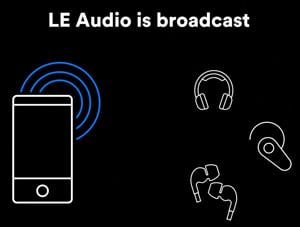 Bluetooth Audio Sharing can be personal or location based. With personal audio sharing, people can share their Bluetooth audio experience with others around them; for example, sharing music from a smartphone with family and friends. With location-based audio sharing, public venues such as airports, bars, gyms, cinemas, and conference centers can now share Bluetooth audio that augments the visitor experience.

What Maxim Integrated has to Offer

The MAX32655 and the MAX32665 families have all of the right pieces to form the LE Audio puzzle. Both chips support multiple high-speed connections on the 2 Mbps PHY, allowing for audio sharing amongst all of your devices as well as True Wireless Sound. Both solutions also have multiple processors allowing for flexible partitioning of the Bluetooth stack and LC3 codec, while also supporting additional signal processing of sensors and peripherals. Products requiring higher memory, flash, and processing power do well with the MAX32665 family. Products at lower cost and complexity fit perfectly with the leaner MAX32655.