Martin Winston, editor of the Newstips Bulletin for journalists, has embarked on a multi-year project to create a proof-of-concept cybernetic house in the Central Savannah River Area of South Carolina. Noticing the drop in his electric bill after switching to long-lasting LED bulbs, Winston began conceiving of an autonomous house that would be:

“I know this house represents more than the usual costs upfront between the automation expenses, the better and smarter materials chosen for the build, and the extra labor those involve…but at the end of the day, the daily cost of operations drops dramatically, and over the course of decades, the total cost of ownership is far less than the usual ways of building homes,” said Winston.

Construction is expected to be completed by mid-2019, with testing and burn-in finished in time for a debut of the “40-Year House” in the second half of that year.

The 40-Year House that’s being built in South Carolina will be energy-efficient, maintenance-free, and autonomous. Photo courtesy of Martin Winston.

Winston and his team are considering everything from flooring to the HVAC system, lighting, and yard irrigation in designing the 3,450-square-foot house. They want the home to turn functions like bathroom exhaust fans, TVs, and LED lights on and off after sensing its occupants’ locations. Even the driveway would be able to recognize when the occupants have returned home, open the garage door, and e-mail anyone whose car is not yet in the garage to say, “Hey – I made it home OK.”

Creating a cybernetic control system for the home requires sensors to monitor relevant conditions, controllers to make the decisions on how to act, and actuators to turn the controller commands into actions. In the proof-of-concept, one node design connects a Raspberry Pi single-board computer to sensors that read ambient light, barometric air pressure, temperature, a thermal grid scanner, humidity, the open/closed status of the door, indoor air quality (based on readings of volatile organic compounds), three-axis vibration (through accelerometers), and more. Actuators include an amplified speaker, a control system for the ceiling fan, an infrared emitter to send TV remote control signals, and more. So far, the house design has 100 nodes.

“Designing a house that’s intended to last almost half a century without needing major repairs or replacements puts a lot of emphasis on longevity,” said Winston. “If you consider the house to be a system and me to be an integrator, I have to also take design responsibility for creating environments that let components survive well beyond their MTBF, and to fully respect Murphy’s Law by providing secondary systems and backups, as well as backups for the backups.”

Winston included Maxim audio amplifiers and light sensors in his selection of electronic components. When evaluating sensors, he assessed specs such as operating temperature range, accuracy, MTBF, and I2C compatibility. The team is using the MAX98357AEWL+ digital pulse-code modulation (PCM) input Class D audio amplifier, which is designed to deliver Class AB audio performance with Class D efficiency. The amplifier has five selectable gain settings and supports I2C data. In his review of the IC, Winston notes, “3.2 Watts of clean I2C audio from a Maxim Integrated MAX98357A Class D amplifier means the best sound in the least space for a Raspberry Pi or other I2C sources.” The team is also using the MAX44009EDT+ ambient light sensor with analog-to-digital converter (ADC) and I2C digital output. At under 1µA operating current, the MAX44009 is the lowest power ambient light sensor in the industry. For the house project, Winston notes that the team appreciates several relevant features: ability to block infrared and UV light, extreme accuracy over an ultra-wide range, and effectiveness from near darkness to very low light levels to very bright sunlight. Winston notes in his review of the IC: “From the low light levels inside ventilation ducts where the presence of light can indicate problems to light level sampling across an attic where brightness differences may flag problems to in-room ambient light readings that help determine lighting choices, the Maxim MAX44009 meets the need.” 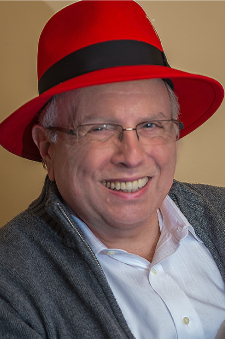 “3.2 Watts of clean I2S audio from a Maxim Integrated MAX98357A Class D amplifier means the best sound in the least space for a Raspberry Pi or other I2S sources.”