In early April, a suspected hack caused emergency outdoor warning sirens to sound overnight in Dallas, Texas. Normally, these sirens are used to warn residents about impending tornadoes and the like. This time, city officials suspect that someone gained access to the system to trigger intermittent alarms across the city. Around the same timeframe, U.K. payday loan firm Wonga suffered a data breach that affected potentially up to 245,000 customers, whose names, addresses, and bank account numbers were stolen. Earlier this month, the massive WannaCry ransomware attack affected computers in at least 150 countries in Europe, South America, Asia, and North America, causing problems for hospitals, universities, manufacturers, businesses, and government agencies. 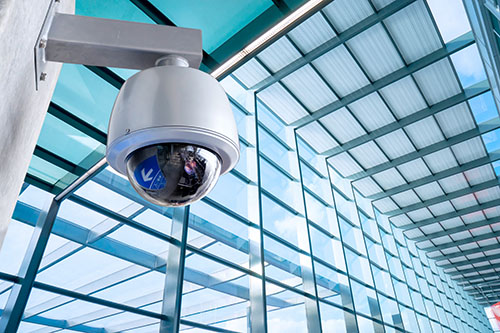 Security cameras are among the everyday devices that have been targeted by hackers.

DDoS attacks are on Wired's list of the biggest security threats for this year, as are ransomware, weaponized consumer drones, and another iPhone encryption clash. Hacking incidents such as the examples just mentioned are in the news with increasing regularity around the world. And as everyday objects become smarter and connected, they’re providing more points of access and vulnerability. As RSA notes in its white paper, 2016: Current State of Cybercrime: "From mobile threats and ransomware to the role of biometrics in reducing fraud, a myriad of threats exist across the cyber landscape and the commoditization of cybercrime is making it easier and cheaper to launch attacks on a global scale."

The most recent cybercrime report from the FBI, its 2015 Internet Crime Report, notes that its Internet Crime Complaint Center (IC3) has logged more than 3.4 million complaints since the center was formed in May 2000. In 2015 alone, complaints amounted to more than $1 billion in reported losses from more than 288,000 complaints.

There are ways to close the door on hackers—technologies and techniques that aren't a drain on budget, time, or resources. But why aren’t more designers using them? Especially when a breach can be far costlier in terms of dollars as well as brand reputation and customer loyalty.

New White Paper: What You Need to Know About Design Security

Too many perceive security to be expensive, time-consuming, and/or difficult to implement. This is a misconception that Gregory Guez, an executive director in our Embedded Security Business Unit, corrects in his new white paper, "Why Hardware-Based Design Security is Essential for Every Application."  This paper will help you understand why hardware-based security is a much more robust option than its software-based counterpart. You'll also find out how easy and cost-effective hardware-based security can be when using embedded security technology. Read the white paper today and learn useful tips to safeguard your next design against the prying reach of cybercriminals.