Why Long Battery Life is the Lifeblood of Thread IoT Sensors

Why Long Battery Life is the Lifeblood of Thread IoT Sensors

By providing secure IPv6-based low-power wireless technology, Thread® enables tamper-proof home sensors for comfort, entertainment, security, and energy efficiency. With its origins in home and building automation, Thread enables IoT applications in diverse consumer, wearable, medical, and industrial markets. Google has also released a lightweight open-source implementation of Thread called OpenThread. While it is not exactly akin to what Android was for smartphones, OpenThread promises to be an excellent enabler for Thread adoption. Thread joins several other networking standards including Zigbee, NB-IoT, LoRa, SigFox, and Bluetooth LE.

When thinking of wireless mesh networks for the IoT, many people think of issues such as MAC protocols, open IP stack, interoperability, application layer, security, and ability to support peer-to-peer as well as end-point to cloud communication. These are all important issues and are addressed by the Thread Group. But since the core foundation of these applications is to operate energy efficiently, power management is the most critical one left for system designers to solve! Ignore it at your peril. While the issues on power may be common to other IoT standards, we will focus on Thread in this post.

How Thread Enables the IoT

Thread uses the proven 2.4GHz 802.15.4 radio (868MHz/915MHz bands optional) combined with IPv6 and AES encryption as the foundation and enables a scalable wireless mesh network where new authenticated nodes can be added on demand. A node can be a router or an end-point device. Several types of end-point devices and routers are defined. A Thread Leader is a router that is self-elected and manages all the routers in a single network. While there are limits on the number of nodes per network, Thread networks can be grown with multiple Thread Leaders. Thread relies on the 802.15.4 group of standards for radio (PHY) and MAC. It is application layer-agnostic or, rather, blind to it; any application can be run on it if it is low bandwidth and supports IPv6. 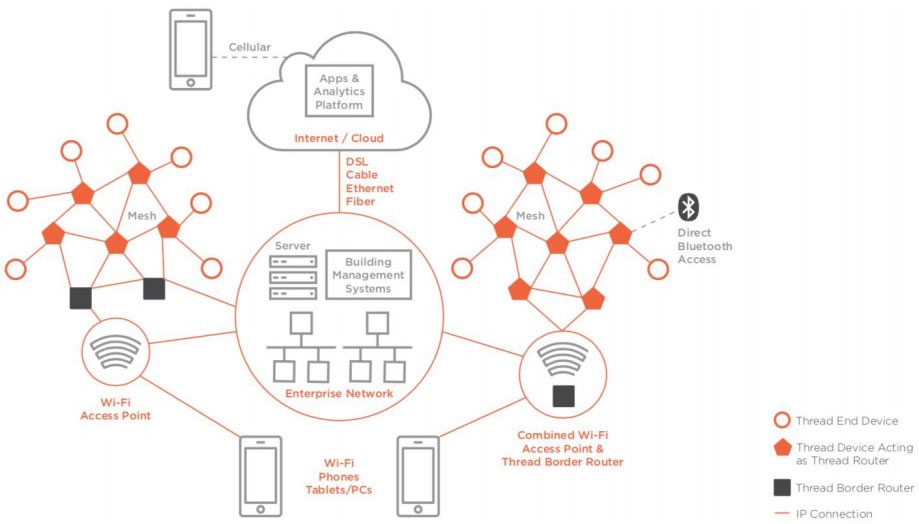 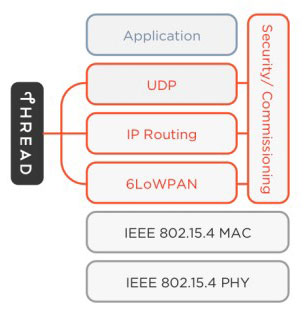 By leveraging 802.15.4 radio architecture, Thread systems take advantage of a low-power, low-bandwidth framework while supporting multiple frequency bands in the 20-30m range for data rates up to 250Kbps. With TDMA and CSMA options, 802.15.4 provides real-time communication capability as well.

Thread uses 6LowPAN or IPv6 over Low-power Personal Area Networks. 6LowPAN was developed by the Internet Engineering Task Force (IETF) to enable Internet Protocol (IP) traffic not just on traditional Ethernet-based WAN/LAN networks, but also on low-power Personal Area Networks (PAN) such as Bluetooth LE and 802.15.4 for a host of diverse, low-power applications, such as consumer wearables and factory automation. It defines an edge router for connectivity. A router can connect to multiple end devices and other routers. A Border Router, as it is called by the Thread Group, connects a Thread network to a non-Thread network like, say, Wi-Fi. By adopting 6LowPAN, Thread brings all the benefits of secure communications to wireless mesh networks where all devices are authenticated, all communications are encrypted, and new devices can be added on demand.

How do you extended battery life for portable applications? Thread does not define battery life – this is left to the system architect. When our team at Maxim invented nanoPower power management products, the engineers primarily kept in mind two main objectives: 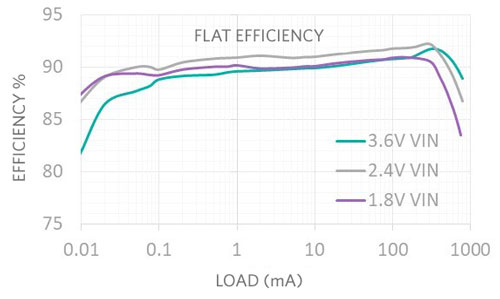 Not easy challenges, but that is what is needed for you to succeed. When thinking of power needs, a slew of always-on, Thread-enabled IoT devices stay in a light-load condition most of the time (in shutdown) with occasional low-power data acquisition consuming few µA of load current (stand by). Finally, in full load condition, once in a blue moon when data is transmitted, these devices need 500mA to 1A. An IC that consumes only nA of current on average across the three modes of load current that always-on IoT devices demand dramatically increases battery life for portable applications. While today Thread sensors are mostly powered by batteries, it is expected that some will be plugged-in even though communication is wireless as adoption continues. It is important to have flat efficiency across load profiles to reduce phantom power consumption even for plugged-in applications.