Optical sensing techniques underlie many precision instruments and monitors because they are non-destructive and non-intrusive. With the prevalence of integrated optical sensors and analog front-end devices for photoplethysmogram (PPG), these optical sensors can also be made more compact, with fewer components and consuming less power.

Optical sensing is very versatile. Light goes from a photoemitter through a region of interest. The light interacts with the target analyte(s) along its optical path and the resulting radiation is captured by a photodetector. The difference between the light emitted and the light received provides information about the analyte in the detection region.

A transmissive system places a receiver directly in the path of emitted light while a reflective system depends on light reflected or backscattered (Figure 1). In real-world implementations, materials of the enclosure housing the photoemitter and the photosensors can also reflect light, so it is also common to have the photodetector placed at an angle from the emitted light to mitigate the interference from direct reflections. Most of the light travels along its path after emission seemingly unaffected, but a small fraction gets scattered in all directions, though not at the same intensity in every direction. The principle used in this type of optical sensing, regardless of the emitter and sensor configuration, rests on this effect of scattering. Figure 1. As shown in this diagram, in optical sensing, the difference between light emitted and light received provides data about the analyte in the detection region.

It is inaccurate to say scattering happens when light “bounces off” a particle in its path. Light is an electromagnetic wave, and it interacts with the charge imbalances that are naturally present in certain molecules. Those charges become excited by the absorption of the incoming electromagnetic radiation, which is later re-emitted. The result of the interaction varies depending on the size of the particle and the color (wavelength) of the light.

Rayleigh scattering equation is often cited when discussing the effect of a beam of light when it interacts with particles along its path. The Rayleigh equation is as follows:

While it is useful to illustrate the concept, the situation is much more complex. Most significantly, Rayleigh equation is a good estimate only when

and λ is the wavelength of the emitted light and mo is the refractive index of the surrounding media, which is commonly air.

The common wavelength of infrared LED light is around 880 nm, while many dust or smoke particles measure a few microns. A more complete model is presented by Mie scattering, which applies to light absorption or scattering by spherical particles and is applicable to different particle sizes. Unfortunately, the mathematical equations for Mie scattering are much more complex.

Consider differential scattered light intensity at a fixed angle. There's a significant dependence on the refractive index, m, of the scattering material, which is given as the following complex number:

The complexity of any real-world scenario makes modeling the result a priori impractical. For example, 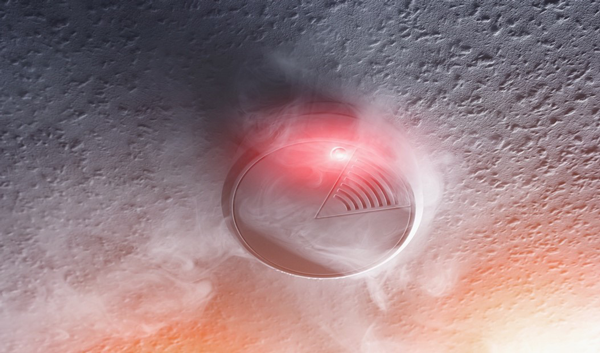 Figure 2. Optical sensing can bring intelligence to smoke detectors by tapping into PPG sensors, such as the MAX30101, for particle sensing.

To overcome these complexities, engineers have addressed some particle-sensing problems empirically. By interrogating the same suspension of particles with lights of different wavelengths, it is possible to get information regarding the particles by studying the differences in the magnitude of scattered light at each wavelength while holding everything else constant. Mie would suggest that engineers will have to select the interrogating wavelengths carefully because a difference in refracting index would confound the differential scattering magnitude. The only way to successful implementation is to take a lot of empirical data and make sure that they cover all plausible consistencies and makeups of the reflecting particles that reflect real-world use cases.