In the early 1700s, German physicist Gabriel Daniel Fahrenheit created the Fahrenheit scale and developed the mercury thermometer. Fahrenheit did not use the freezing point of water, which he found to be unreliable, as a basis. He termed the temperature of an ice/salt/water mixture 'zero degrees,' as this was the lowest temperature he could conveniently and repeatably attain in his lab. He reckoned the human body temperature was 96°, and used this as his upper reference. He then divided the scale into single degrees between 0 and 96. On this scale, the freezing point of pure water on the Farenheit scale happened to occur at 32° and the boiling point (at sea level) at 212°.

Later in that century, around 1742, Swedish astronomer Anders Celsius decided there was a better scale. Celsius used 100° for the melting point of snow and set 0° at the boiling point of water. This was later inverted to put 0° on the cold end and 100° on the hot end, that was the Celsius temperature scale.

Since those times the accurate measurement of temperature has been critical for science, medicine, and industrial apparatus. There are at least five common types of temperature sensors, but right now, today, I find two of those to be quite compelling. 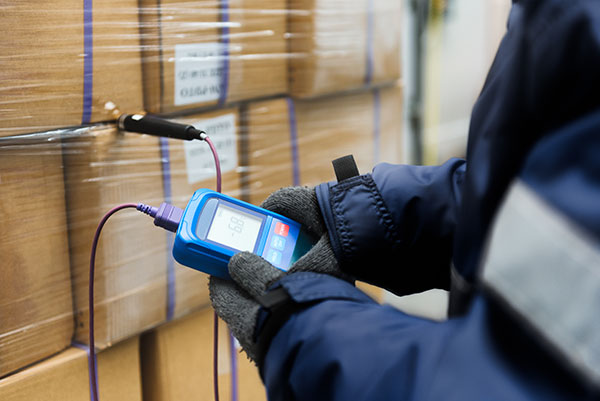 Figure 1. Temperature measurement is critical in many application areas, such as cold storage of perishable goods.

The platinum resistance temperature detector (RTD) is one of the most accurate temperature sensors available. The RTD is capable of achieving a calibrated accuracy of ±0.02°C, but more typically archive ±0.1°C. Available in probe or SMT versions, RTDs are rugged and have excellent long-term stability, interchangeability, and repeatability. An RTD does not require cold junction compensation, like a thermocouple does. It is a bit slower to respond than a thermocouple. RTD response to temperature is nearly linear, especially from 0° to 100°C, but not quite. Without some microprocessor correction, you can get ±3.1° accuracy (0.00385Ω/Ω/°C (ITS-90)) over a range of -100°C and +200°C, and this is extremely repeatable. The stated accuracy for the device, maybe ±0.10 degree, however, refers to its fit to a standard curve. If you must have an absolute measurement, rather than a repeatable one, the Calendar-Van Dusen Equation can be used by a microcontroller to compensate nonlinearity and obtain that 0.1-degree accuracy. Note the RTD constant may be slightly different for different platinum compositions, including α = 0.003926Ω/Ω/°C and a = 0.003750Ω/Ω/°C (IEC 60751:2008).

RTDs start at less than a buck each and typically have a range of -55° to 155°C. Also, 200° to 600°C is common. There are many versions available, with resistance ranging from 100Ω to 1KΩ at 0°C and accuracies from ±1% to ±0.1%. The analog interfaces for RTDs (sometimes called "transmitters") used to be very expensive—but not anymore.

The MAX31865 is an easy-to-use single chip interface for platinum resistance temperature detectors with a digital output. Its inputs are protected against overvoltage faults as large as ±45V and the chip features programmable detection of open or short fault conditions in either the RTD or the cable.

The chip's 15-bit A/D yields total accuracy over all operating conditions of ±0.5°C (0.05% of full scale) max. The A/D's integral nonlinearity is ±1 LSB. The IC operates from a 3.3V supply and typically takes 2ma. It is compatible with 2-, 3-, and 4-wire sensor connections and comes in 20-pin TQFN and SSOP packages. The MAX31865EVKIT evaluation kit is available for you to assess the device first-hand. 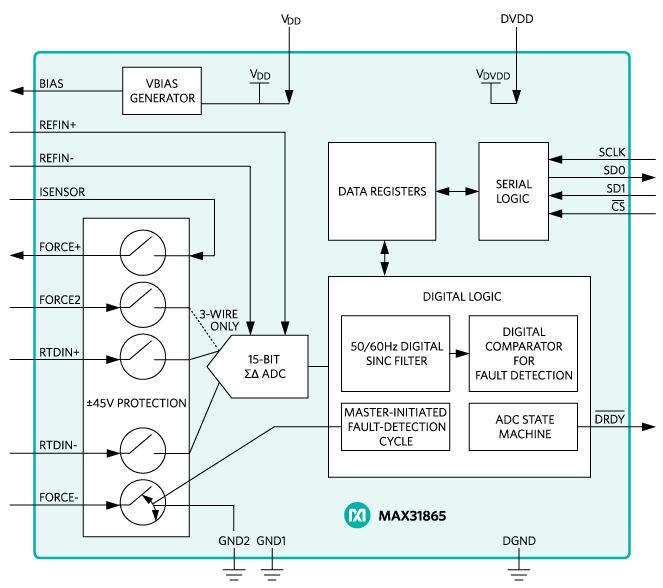 Figure 2: Block diagram of the MAX31865 RTD to digital converter.

The very first temperature sensor IC was released 40 years ago. Today, these devices are a mainstay for all engineers. IC temperature sensors offer a high analog output or a digital output, are pretty inexpensive, and usually have great linearity and a very small package. Until recently, the accuracy of temperature sensor ICs was just OK and, typically, they've had very slow response. They require a stable power supply. Their temperature range is a bit limited.

Things have certainly improved. For example, the MAX31889 digital temperature sensor enables the highest accuracy at the lowest power consumption, making it ideal for cold-chain pharma and other temperature-sensing applications. The device is accurate to ±0.25ºC from -20ºC to +105ºC and ±0.65ºC from -40ºC to +125ºC. The IC's 16-bit resolution is, spectacularly, 0.005ºC, and repeatability is 0.008°C RMS. It has a standard I2C serial output.

Making an application-specific analog IC like the MAX31889 affords one the opportunity to include some nice extras. The chip includes high- and low-threshold digital temperature alarms, and there's a 32-word FIFO measurement buffer. A unique ROM ID makes the device NIST traceable. 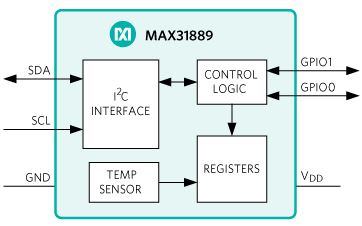 What's not to like for the IC sensor? Well, almost nothing really, if a -40º to +125ºC operating range works for your application. The chip operates from a 1.7V to 3.6V supply and so can easily run from batteries. It is available now and low cost. In fact, the device measures cold-chain pharma product temperatures at a fraction of the cost of RTDs.

The market for temperature sensors exceeded $7B in 2019 and is estimated to grow at around 4% CAGR between 2020 and 2026. Applications for industrial control, automotive, medical, and building automation lead the pack.

You might think that we long ago had all the important functions of temperature measurement all figured out and there isn't much new. However, in the past few years both RTD and semiconductor sensors (and their interfaces) have advanced a lot. Luckily, both device types are pretty easy to design with and offer excellent reliability.