What It Takes to Deliver Safer, Smarter Cars

What It Takes to Deliver Safer, Smarter Cars

Have you noticed how congested our roadways are getting, especially in metropolitan areas? You might be able to do a conference call on your drive into the office, but this time in transit is generally not particularly productive. All this changes dramatically when self-driving cars hit the road. Imagine the efficiencies of being able to check emails and work on reports, research, and other projects while your car navigates its way through traffic.

Testing of autonomous vehicles is already underway in various cities around the world. In fact, General Motors and Cruise Automation (which GM purchased last year) announced last month that they've developed a self-driving car that is designed for mass production. While GM and Cruise are claiming that this is the first such car ready for full-scale production, Tesla has already begun equipping all of its electric vehicles with a sensor suite that enables self-driving. Chrysler is building several hundred autonomous Pacifica minivans for Waymo (Alphabet’s self-driving division).

To make real-time decisions that dictate how a vehicle responds and reacts, ADAS applications must be able to quickly take and process input from multiple cameras and sensors. Camera systems inside vehicles typically boast very high data rates. Consider a surround-view system: each camera here usually has a video stream with 1280 x 800 pixel resolution and a frame refresh rate of 30 f/s. Also relying on cameras are infotainment systems, which are increasingly serving up high-resolution content and processing for both audio and video data. In many of today's cars, it's common to find up to eight cameras supporting safety functions. The mix of safety and infotainment will drive future vehicles to have more than a dozen cameras, several high-definition displays, and serial links to transport all of this data. And don't forget vehicle-to-vehicle (V2V) and vehicle-to-everything (V2X) communications! Like ADAS and infotainment systems, V2V, V2X, and sensor fusion systems all require high bandwidth and data integrity to enable vehicles to share and act on data from each other and roadway infrastructure.

According to Strategy Analytics, bandwidth requirements are projected to grow by a factor of roughly 25 from this year to 2020. Higher frame rates and resolutions will only place additional pressure on automotive bandwidth. Yet, this is what's needed to support the burgeoning volumes of data that online, in-vehicle activities like streamed videos, video conferencing, gaming, and social media will demand. When it comes to the underlying data transport technology, there are growing challenges to address around bandwidth, data integrity, interconnect complexity, as well as the harsh nature of the operating environment. Serial link technology must perform well inside this automotive environment to support the blazing-fast speeds, high reliability, and low latency required.

An Ethernet backbone is fairly common in many of today's cars. It can transport data over a link 100x faster than a CAN bus. However, using Ethernet also requires compression of video feeds, and it simply isn't fast enough for the requirements of today's or tomorrow's vehicles. Carmakers increasingly need to be able to transport megapixel resolution images in the vehicle, while also meeting stringent requirements around space and power budget in the cameras. 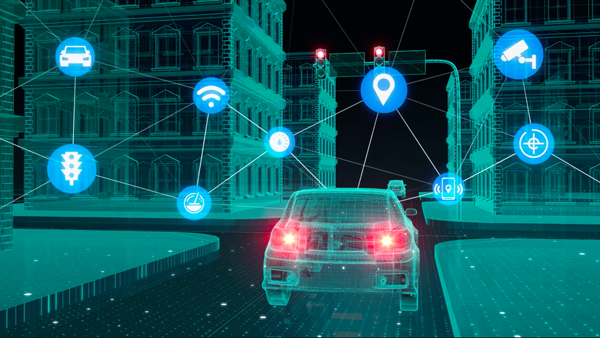