A lightning strike, a fallen tree branch, or even a mylar balloon can be enough to interrupt electricity flow along power lines. That’s why utility companies guard against disruptions by equipping their overhead power distribution systems with trusty recloser controllers.

In any smart grid environment, recloser controllers are critical for their role in detecting and interrupting momentary faults. While many short-circuits on overhead lines can resolve themselves, a recloser helps improve service continuity by automatically restoring power after a momentary fault.

Recloser controllers sense the voltage and current of AC transmission on power lines. When a power surge or fault occurs, power relays open in order to contain the fault and prevent it from spreading throughout the grid, a phenomenon known as a cascading fault.  When faults are caused by momentary events—such as the lightning, tree branch, and balloon examples I’ve mentioned—any of these events can cause lines to cross temporarily. The recloser controller continues to sense the powerline, and will attempt to close or “reclose” the relay, if AC performance is stable. After closure, if high voltages, currents, or other fault events are detected, the relay will open again. A recloser will usually attempt to reclose a relay three to five times. The idea is for the grid to heal itself, as opposed to conceding to a fault and requiring a technician to come and diagnose the problem.

Why Are Recloser Controllers So Important?

Designing recloser controllers calls for a variety of key analog building blocks. Figure 1 shows a block diagram that provides just one example of a recloser controller design. As you can see, there are a variety of system power, communication, voltage monitoring, and supervisory circuits. How do select the right parts? High accuracy, wide voltage protection range, low power dissipation, and small form factor are some important characteristics to evaluate to meet your design requirements. An example of parts that provide these characteristics are the MAX16126/MAX16127 load-dump/reverse-voltage protection circuits. With a built-in charge pump, these ICs control two external back-to-back n-channel MOSFETs that turn off and isolate downstream power supplies during damaging input conditions. They include a flag output that signals during fault conditions. To provide reverse-voltage protection, external back-to-back MOSFETs minimize voltage drop and power dissipation during normal operation, outperforming traditional reverse-battery diodes. Another example of a reliable, low-power microprocessor supervisor is our MAX6365 family, which features battery backup and chip-enable gating. The MAX6365 supervisory circuits, available in miniature 8-pin SOT23 packages, simplify power-supply monitoring, battery-backup control functions, and memory write protection in microprocessor systems. For an always-on application like a recloser controller, the low-quiescent-current MAX6766 linear regulators can fit the bill. Operating from 4V up to 72V, the MAX6766 regulators deliver up to 100mA of load current while consuming only 31µA of quiescent current. 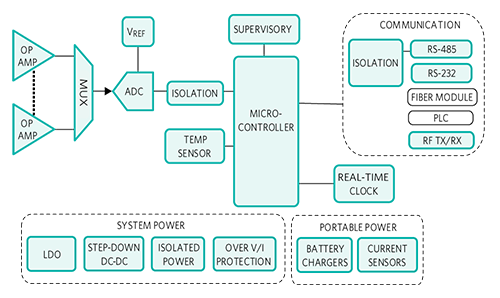 Figure 1: This block diagram provides an example of a recloser controller design.

Globally, the smart grid technology market is anticipated to reach about $830.56 billion by 2025, according to industry analysts. Smart grids are bringing more efficiency and reliability to electricity delivery, along with greater resiliency for the electric infrastructure. So as you design your next recloser controller, considering the underlying technologies that go inside—they all play a role in keeping the lights on.