Whether it is an HVAC valve, factory equipment, or medical apparatus, these systems all rely on actuators and motors to enable motion. We can visualize simple movement where a motor simply rotates, and the axle enables motion. Have you ever wondered how a motor can be controlled to enable varying speeds and position, be it circular, rectilinear, or cartesian? This is where tiny electronic devices called encoders and resolvers come in to help control speed and position. Housed inside or very near the motor shaft, they are sometimes also called rotary position sensors, motion feedback sensors, and transducer sensors. 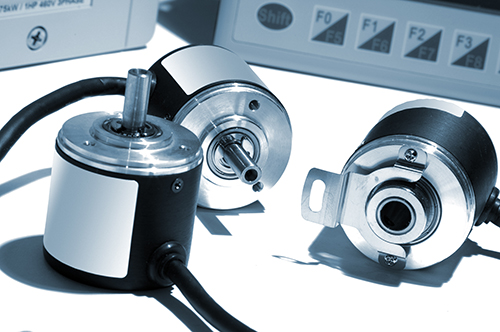 Let's get a bit technical without getting into too much detail. While very similar in function and used somewhat interchangeably, encoders and resolvers are different. Encoders have higher resolution and higher speed; resolvers tend to provide higher accuracy and reliable operation in harsh environments.

Used in both brushed and brushless motors, resolvers help measure degrees of rotation of the motor. At a basic level, a resolver is like a tiny transformer that rotates! In fact, it is called a rotary transformer because its two secondary windings are stationary and called stators while the primary winding is on the shaft of the motor and is called the rotor. The peak voltage of the secondaries will vary as the resolver shaft rotates, providing electrical measure of the degrees of rotation. As the secondary windings are mounted orthogonally, the output signals are generated 90 degrees out of phase. One output is called sine and the other, cosine. A resolver-to-digital converter (RDC) uses these sine and cosine signals to decode the angular position and rotation velocity of the motor and feeds them to a microcontroller. Integration of resolver magnetics and electronics into the same housing provides faster performance. However, this puts pressure on PCB area and a tough thermal environment.

Like the resolver, the incremental encoder produces two output signals which are generated by evenly etched divisions on a disk. In an optical encoder, one side of the disk is a light source while the opposite side of the disk provides two light detectors. The output of one detector is labeled channel A and the output of the other is labeled channel B – both outputs are fed to a microcontroller. The disk is mounted on the motor shaft while the light source and detectors are stationary. As the disk rotates with the motor, the detectors record every time a division interrupts the path of light. The number of divisions etched on a disk equal the encoder line count. The position of the two detectors helps sense a change from dark to light, and each transition count helps measure the unique angular position of the shaft. The relative position of the two detectors helps determine direction. The light turning off to on indicates one direction, and the light turning on to off senses the other direction.

Resolvers and encoders help achieve precise and repeatable position of the moving parts on the factory floor to help manufacture products at a high throughput, low cost, and extensive flexibility. They can accurately resolve and encode the position of a motor shaft, other rotating shafts, or cartesian/rectilinear movement of motors and machines.

Nowadays, with increased smarts and operator need for two-way control, encoders and resolvers are even becoming networked to the system controller (PLC) and HMI panels through a communications protocol based on standards such as RS-485 or Ethernet. 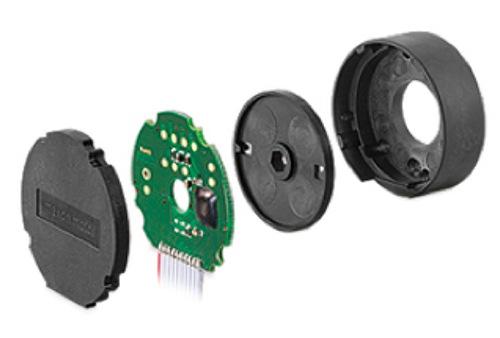 Figure 2: Increasingly, resolvers are getting networked to system controls and HMI panels.

It's All About Space

In a typical motor encoder or resolver with ring-shaped and small 40mm2 PCB area or less for electronics, there is hardly any room for voltage regulators after taking care of the RDC, microcontrollers, interfaces, and network connectivity. But with load currents of more than 100mA-300mA at 24Vin and motor housing temperatures that easily exceed 100oC, users can no longer use a linear regulator. What to do? Even if a switching regulator IC is small, each comes with a bag of parts: inductors, compensation resistors, and capacitors, along with a bunch of other discretes to make them work. Many of the voltage regulators in the market exceed the entire 40 mm2! This is where industry-leading customers are using Maxim’s Himalaya uSLIC™ power modules that are barely 3mmx2.6mm with fully integrated components to keep the entire power solution tiny. Are you? If not, it’s time to rethink your advantage.