Every summer, the vibe at Maxim’s San Jose headquarters gets a fresh injection of energy as summer interns fill the campus with their enthusiasm, ideas, and perspectives. In August, 39 interns showcased their work during the annual Intern Symposium. Here’s a look at how a handful of them contributed to the company and also to their own portfolios.

Meet Some of Our Interns

A senior majoring in electrical engineering at the University of Illinois, Simon Wu spent his summer as an applications engineering intern with the Industrial & Healthcare Business Unit at Maxim. His project involved finding a more efficient way to conduct multichannel tests and measurements on an industrial digital I/O IC. The previous method was time-consuming, complex, and required several pieces of equipment. The new approach uses a test automation system for which Wu helped to write the software.

“The most rewarding part has been this project, which was very well-defined. I learned a lot about the product development cycle, and this has given me a very big picture of what we do. I really enjoy the environment here,” Wu said, adding that he has gained friendships and also some personal development during his internship. 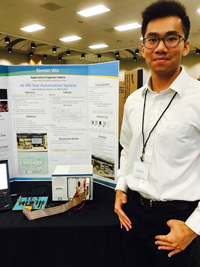 This fall, Naina Murthy will start her senior year studying finance at the University of Washington. As a finance intern in Maxim’s Technical Manufacturing Group this summer, Murthy put her analytical skills to good use while helping to improve the team’s freight forecasting methodology. Through a substantial amount of data analysis, Murthy gained a deeper understanding of what drives freight and found a way to improve forecasting accuracy by 15%. What was most rewarding about her experience? “Being able to do a project where you can see how it changes the way we do things here. I’ve been able to cultivate my skills here,” she said. 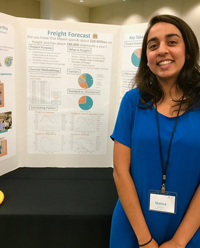 Fan is a third-year law student at the University of Washington, with an interest in corporate law. While interning in the Legal Department, she worked on a variety of projects covering areas including employment, immigration, and data privacy. Whether she was researching privacy laws in Turkey or examining law enforcement notification requirements around data breaches, Fan was able to work with different groups within her department and across the company. She even got an opportunity to contribute to the company’s Fiscal Year 2019 10-K updates, and enjoyed the chance to see the fruits of her labor. 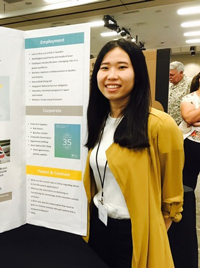 A fourth-year electrical engineering student at the University of California, Los Angeles, Wilhelm spent his summer in the Industrial & Healthcare Business Unit, where he researched new use cases for photophlethysmography (PPG). PPG is an optical technique that is used to detect blood volume changes in the microvascular bed of tissue. It’s often used in wearable devices to monitor heart rate. “This was a nice project-oriented internship,” Wilhelm noted, adding that he enjoyed being able to apply his theoretical learnings from school to this practical endeavor at Maxim. 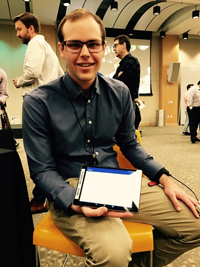 Jeong will enter his senior year at California Polytechnical State University, where he is an electrical engineering student. He interned with the Battery Management team at Maxim, and helped conduct tests to find ways to improve the efficiency of a battery charger. In another project, he gathered and automated tests of a fuel gauge at varying voltage modes and temperatures to determine its average current consumption, temperature register accuracy, and voltage accuracy.

“The most rewarding part,” he said, “is being able to work on products that go out in the real world.” 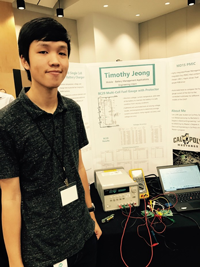 Henderson will be starting her senior year in electrical engineering at Santa Clara University this fall. At Maxim this summer, she was a sales intern, but her role was not limited to going on sales calls. She also rotated through the Core Products Group, the Industrial & Healthcare Business Unit, and the Mobile Power team. During her time, she learned how important relationship-building is in the sales process; developed a variety of content targeted towards engineers, including a blog post, an application note, an e-brief, and a demo video; and did some debugging of a custom part for a customer. Henderson noted how fulfilling it’s been to be trusted to do projects that will benefit the company at some point. 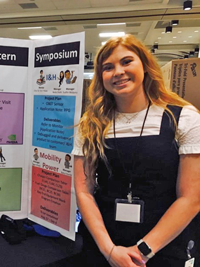 Oliver graduated this year from the University of Alabama with a degree in marketing, and spent his summer interning with the digital marketing team. With marketing becoming increasingly data driven, it’s no surprise that Oliver had an opportunity to dive deeply into data analytics. To help optimize content such as product webpages and application notes for search, he performed extensive keyword research and used this information to rework the underlying meta data that helps search engines understand the pages. He also created video ads to increase the views of 7 Maxim YouTube videos by 65% -- and earned a Google Ads Video Certification in the process. He considers the amount of skills he has learned in a relatively short period of time as one of the most valuable outcomes of his internship. 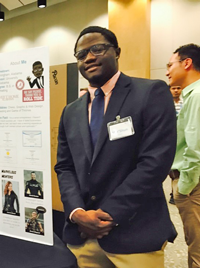 Interested in contributing your expertise to an organization where innovation thrives? To learn about new opportunities at Maxim, including internships, visit our Careers page.