If you are a classical engineer, the phrases "closing the loop" or "control system theory" may resonate in describing cyber-physical systems. But to the everyday person, a Jedi Master manipulating the Force paints a more meaningful picture. That iconic Star Wars image of Yoda the Jedi Master manipulating the Force through simple thought best demonstrates the ultimate cyber-physical system.

This is the concept of a "connected world" where the surrounding environment influences the behavior and resulting actions in our everyday life. Simply stated: "Any action taken or observed can seamlessly influence the outcome of everyone or anything." This unifying concept of a cyber-physical system is the driving force behind industrial convergence. Figure 1: Yoda the Jedi Master manipulating the Force offers a good illustration of a cyber-physical system.

The robots of Boston Dynamics are a great example that demonstrates a cyber-physical system and industrial convergence. Their robots integrate sensors to react to the surrounding environment. They gather this information and interpret its meaning via complex algorithms that respond with action through a series of motors and actuators, giving their robots incredible balance, movement, and coordination. Simply put, these robots dynamically adapt to their environments to ensure the task given to the robot is completed. In many ways, these advanced robots embody the goals of industrial convergence that manufacturing companies around the world are trying to emulate. The ability of a manufacturing line to adapt to its environment so that a task is completed without manual intervention helps keep product quality high and ensures that production remains up and running 24/7 365 days per year. This level of performance requires a new generation of equipment that is nimble and possesses built-in intelligence and self-awareness to react to its changing environment.

With this goal of enabling the "Connected World," Maxim remains committed to empowering design innovation by providing nimble solutions that enable the cloud via industrial IoT, communications, flexible I/Os, power, and security. In this way, Maxim is enabling the pathway to industrial convergence to become a reality. In 2014, Maxim delivered a first-generation industrial control chipset in the form of a micro-PLC demonstration platform that reduced a PLC's footprint by 15X so that decision-making and control could be moved closer to the edge of the manufacturing line. In 2016, Maxim provided a second-generation industrial control chipset in the form of the Pocket IO PLC demonstration platform to showcase the power of adaptable manufacturing in a compact size (less than 10 cubic inches) while providing factory control via an iPad. This achievement in creating a new pathway to Industry 4.0 was recognized by the industry and awarded the Industrial IoT Product of the Year by Electronics Products magazine. 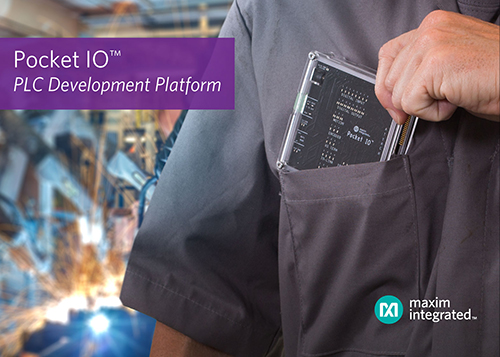 Figure 2: The Pocket IO PLC development platform, also known as MAXREFDES150#, is ideal for applications such as factory and building automation, robotic control, and industrial control.

So the question to ask is, "What will Maxim deliver to the market in the form of its third-generation industrial control chipset and demonstration platform at Electronica 2018 this coming November?” While I cannot disclose too much insight at this time, Maxim's new industrial IoT platform will be more inspiring than our previous platforms as it will provide the necessary momentum to take those next steps along the pathway to industrial convergence.

So for now, let's just say, "May the Force be with you" to remind each of us about the true meaning behind industrial convergence.