Want to get louder sound and more bass from your micro speakers—without blowing them out? Dynamic Speaker Management (DSM™) technology could be your answer.

The use of smart amplifiers in smartphones has raised the bar for audio in small form factors. The rise of the smart speakers, in turn, has changed the user interface of choice from touchscreens to audio (voice). As a result, there's increasing interest in integrating audio into consumer devices, medical products, and industrial applications. Micro speakers have similar components as traditional speakers – diaphragm, voice coil, and magnet – but are simpler in construction and much smaller.

In their webinar, "Unleash the True Potential of Your Micro Speakers, Quickly and Easily," Maxim's Greg Mow, a business manager on the Mobile Audio team, and Michael Tuason, an audio applications engineer, explained the DSM difference. You can catch the webinar on demand after a simple registration on IEEE GlobalSpec's Engineering360 site.

According to Mow, DSM technology uses current and voltage sensing that is built into Maxim's amplifier to sense what is going on in the speaker and protect it from over-excursion and thermal issues. "To do that, you're going to need to characterize the speaker and customize it for your system. This allows you to get significantly louder sound and more bass—up to 2.5x the SPL (sound pressure level), which is the perceived loudness." 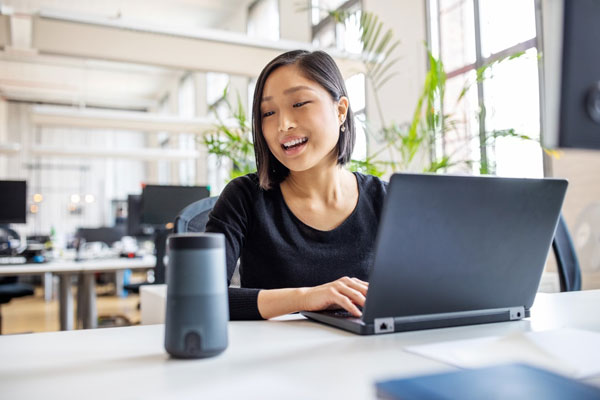 Audio is being integrated into a wider range of small devices, which is placing more emphasis on techniques to extract great sound quality from micro speakers.

Maxim's newest smart amplifier with DSM technology is the MAX98390, a 5.1W boosted, digital Class D chip. The MAX98390 consists of high-performance current and voltage (IV) sensing amplifiers integrated with the DSM algorithm into a fixed-function DSP. It can safely drive higher power levels (up to 5.1W) into tiny speakers that are typically rated for much lower power (up to about 3W). Built-in thermal protection enables an integrated 10V boost to increase SPL by 6-8dB.

"We made the point to implement our complex DSM algorithm into a fixed-function DSP, which means there's no additional programming required. All that's required is a register map, which is completely designed using our DSM Sound Studio," explained Mow.

The DSM Sound Studio GUI, in turn, allows designers to extract, tune, evaluate, and go. Designed to be intuitive to use, the Sound Studio allows users to quickly hear the DSM difference. The typical speaker characterization process involves sending speakers to Maxim, with each new enclosure requiring a separate characterization. This approach could require a few days or up to a couple of weeks. With DSM Sound Studio, the characterization step takes about five minutes. "We've empowered engineers to do this on their own using only the EV kit," said Mow.

The smart amplifier, available in a 6.3mm2 package, also provides cost and space savings. No alpha filter is required, reducing system cost. Its ~24mW of quiescent power consumption is almost half that of its nearest competitor and the device also provides 86% peak efficiency, both of which help to extend battery life of end devices. Its Perceptual Power Reduction (PPR) feature improves power consumption between 10 and 25% compared with using a high-pass filter (Audio designers often will use a high-pass filter at resonant frequency, but since Maxim's solution can protect against over-excursion at the resonant frequency, it can drive speakers safely to their specified excursion limits.). PPR uses the speaker's SPL response acquired via DSM with the human hearing threshold to dynamically attenuate signals that are inaudible to end users.

During the last half of the webinar, Tuason demonstrated the DSM Sound Studio. Watch the on-demand session to hear the DSM difference.

Learn More from These Additional Resources