The Japanese spacecraft Hayabusa2 is in the process of taking a very close look at Ryuga, a tiny, 0.6-mile wide asteroid. The extraordinary craft took up station orbiting Ryugu on June 27, 2018, after leaving earth from the Tanegashima Space Center in December 2014. Hayabusa2 and the asteroid were about 180 million miles away from Earth at that time. Hayabusa2 was funded, designed, and is being operated by the Japan Aerospace Exploration Agency, JAXA.

The primary contractor, NEC, built the 1,343lb spacecraft, its Ka band communications system, and its mid-infrared camera. On September 27, Hayabusa2 used its ion thrusters to move down to an altitude of about 180 feet. Then, it ejected two rovers, MINERVA-II1A and MINERVA-II1B. The gravity of the asteroid is so weak that the rovers kind of floated down to the surface—and then bounced around a bit. The rovers are each 7-inch wide by 2.8-inch tall. They use hopping mechanisms to move about the surface, rather than wheels. Find interesting details about the rovers. 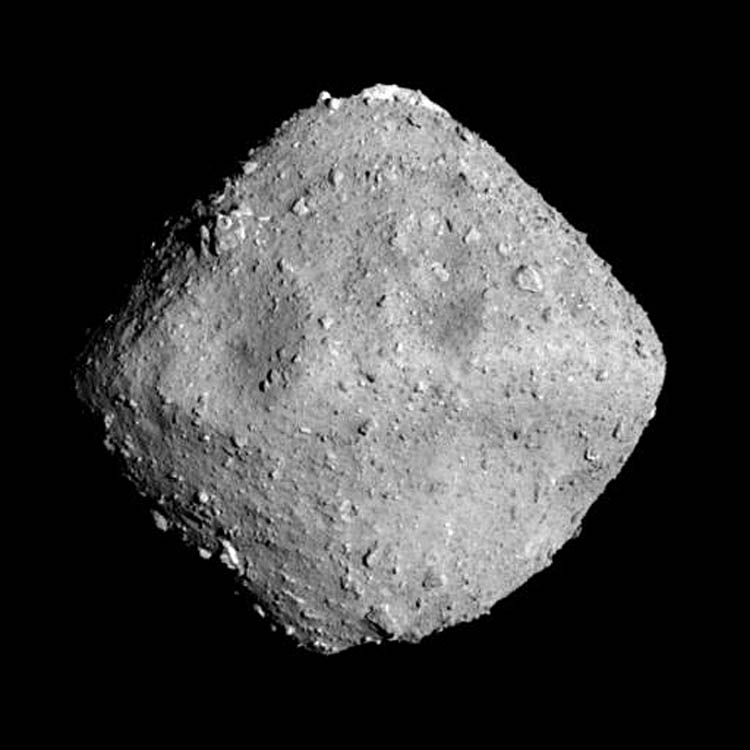 Impossible-Sounding Moves
Mission scientists were narrowing down possible landing sites for the main spacecraft. They performed a sampling rehearsal on October 24. The spacecraft descended to an altitude of 39 feet (!!) above the asteroid's surface and deployed a small target marker at a proposed landing site.

On October 3, Hayabusa2 descended from 12 miles above Ryugu, the zone where it normally hangs out, to drop its Mobile Asteroid Surface Scout (MASCOT) off about 170 feet above the asteroid. The tiny box-shaped rover, measuring less than a foot across and weighing just 22 pounds, took 20 minutes to reach the surface of Ryugu and had a very bouncy landing where it ended up in an awkward, sideways position. But with its motorized swinging arm it managed to gain its correct altitude.

The rover's wide-angle camera, magnetometer, high-powered radiometer, and infrared spectrometer all made some measurements. Then, it used its arm to propel itself upward and leap several yards across the rocky surface—carrying out another round of measurements after it landed. The MASCOT rover was battery powered, and only carried enough juice to last roughly three asteroid-days or 16 hours. It managed to push it to 17 hours and transmitted its data up to the mothership.

Sometime in January the spacecraft will deploy an impactor, which in turn will fire a 10-millimeter projectile with a mass of 5 grams into the surface. This should create a small crater. About two weeks later, Hayabusa2 will attempt to make a nice, soft landing there and then reach out an arm to collect a sample of 'dirt' from inside this crater—a beautiful, pristine interior sample from an asteroid. With that sample clutched tightly in its hand, it will depart in late 2019 and travel back to earth. Landing is scheduled for Australia in late 2020. 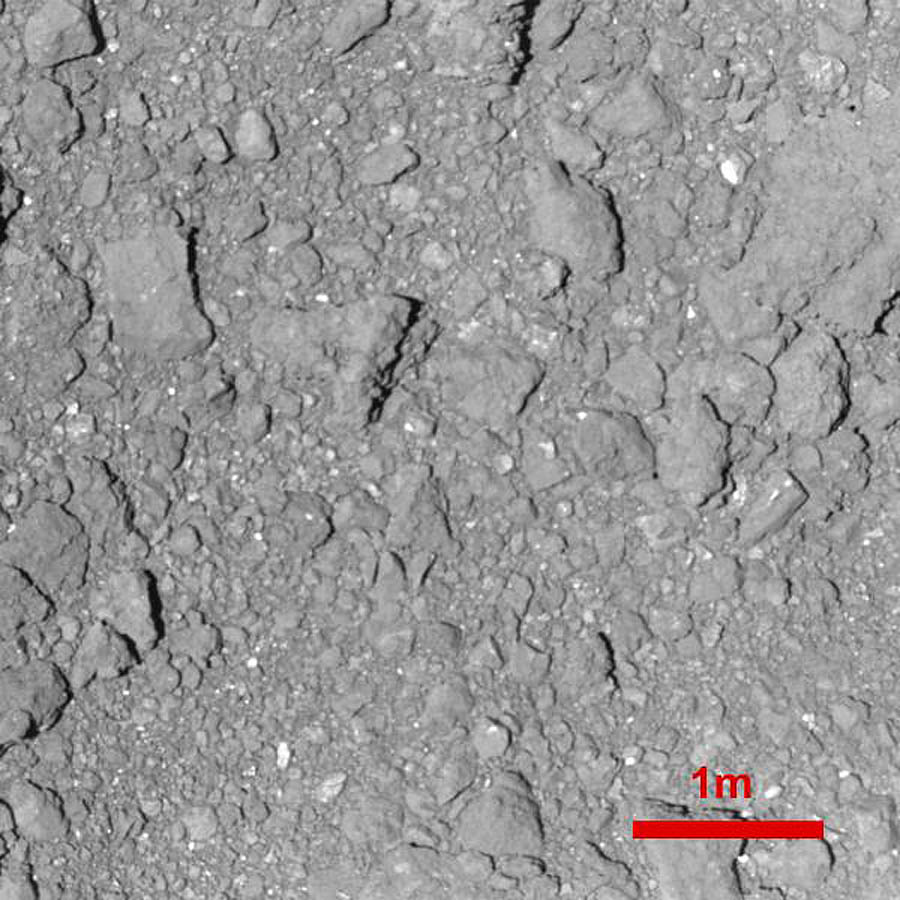 Ryugu is about to pass around the opposite side of the sun, causing Hayabusa2 to lose contact with Earth for about two months, after which remarkable feats will begin again.

Another Asteroid Explorer Coincidently, NASA's OSIRIS-REx mission has spent the past two years traveling to the asteroid Bennu, which is considered a potential hazard with a tiny chance of hitting earth late in the 22nd century. Interestingly, the asteroid has the same diamond shape as Ryugu. Like Hayabusa2, OSIRIS-REx is scheduled to grab a sample and bring it back to earth.

Some Hayabusa2s Details
Hayabusa2s electric power is generated by two solar arrays with output of 2.6kW at 1AU and 1.4kW at 1.4AU. The power is stored in eleven 13.2Ah lithium-ion batteries. The spacecraft uses ion thrusters that convert xenon gas into a plasma (ions), which is accelerated by applying high voltage. A magnetic flux density of 0.15 T inside the discharge chambers is provided by SmCo magnets, and microwaves are generated by commercial traveling wave tube amplifiers (TWTAs) at 4.25GHz. 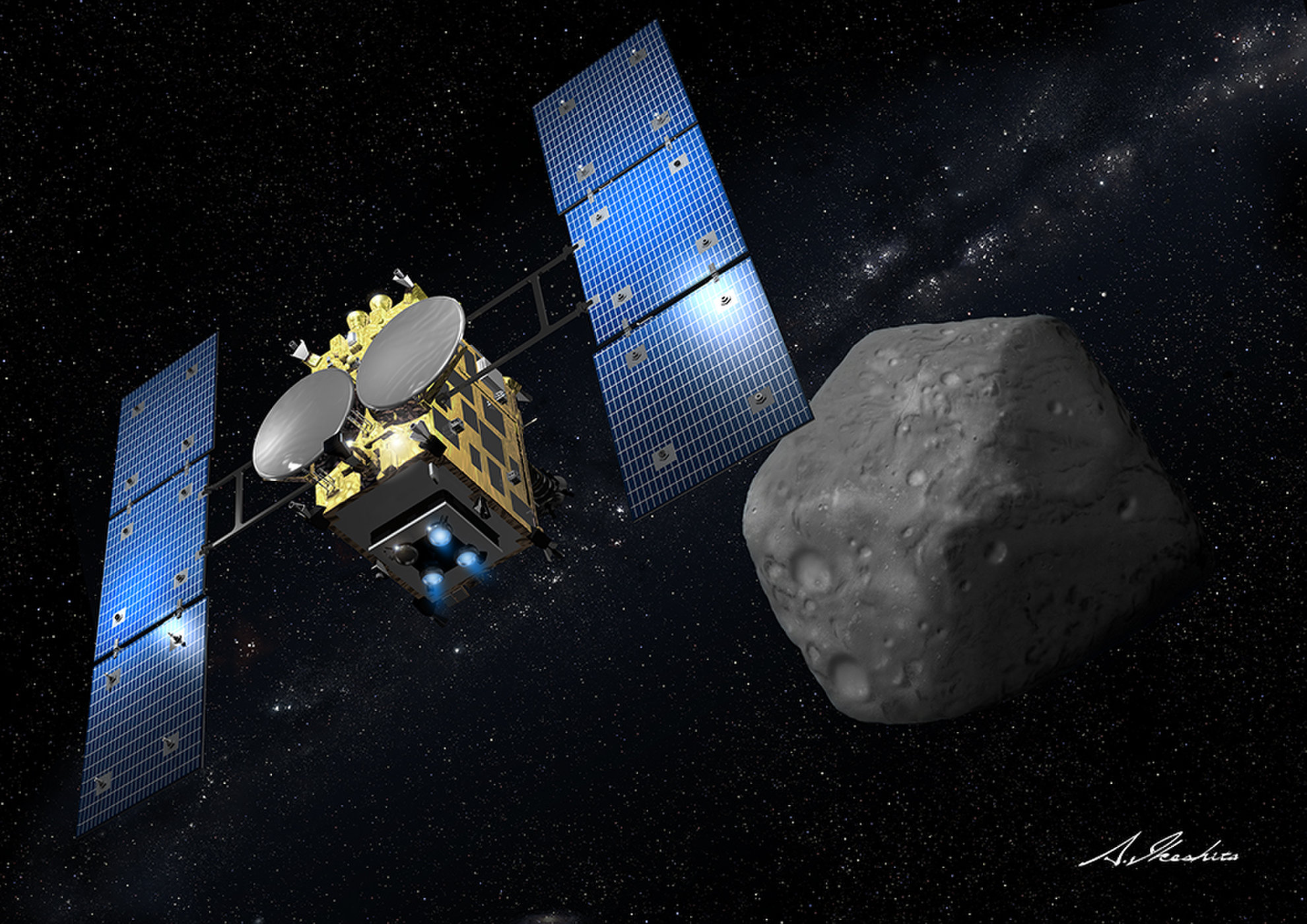 Figure 3. The spacecraft has made a couple of impossible sounding moves already. Image credit: Akihiro Ikeshita.

Positively charged ions are accelerated out of the thruster as an ion beam, which produces thrust. A neutralizer expels an equal number of electrons to make the total charge of the exhaust beam neutral, preventing a buildup of negative charge. There are four thrusters on Hayabusa2. Only three operate simultaneously, providing thrusts of up to 28mN. The ion engine system has a wet mass of 342lb. They produce little thrust, but do so using a small amount of propellent, significantly less than would be needed with rocket (chemical) propulsion. Ion thrusters are currently being used to keep over 100 geosynchronous Earth orbit communication satellites in their proper locations.

Origins of the Solar System
Scientists hope that taking a close look at the composition of the asteroids could provide insights into the origins of the solar system, but they also contain plenty of interesting water, organics, and precious metals. And, of course, someone is ready to mine those precious metals.

Fine engineering accomplishments such as Hayabusa2 should be praised by all of us engineers and should be covered by all news media, including national television. Lord knows they cover some stuff that could easily be replaced. These accomplishments encourage the general public (and politicians and kids) to be excited about engineering feats. And, this feat is one of electronics design engineering, including IC design by chip manufacturers. Oh, and there might have been some nice mechanical engineering in there someplace also. Talk up these feats of technology whenever you get the chance.