Cook Up Something Yummy for Pi Day

Cook Up Something Yummy for Pi Day

According to the folks at PiDay.org, you only need 39 digits past the decimal to accurately calculate the spherical volume of our entire universe. But when Pi Day rolls around on March 14, some math enthusiasts get their kicks by going beyond 39 and reciting the infinite digits that mark the ratio of a circle’s circumference to its diameter. In March 2015, Rajveer Meena at VIT University in Vellore, India, set a record for reciting the most number of decimal places of Pi. At 70,000 decimal places, Meena’s feat took 10 hours…and he did it blindfolded.

One of the earliest large-scale Pi Day celebrations reportedly happened at the Exploratorium in San Francisco in 1988. It was organized by Larry Shaw, the Prince of Pi and also a physicist at the interactive science and technology museum. Members of the public joined Shaw and other staff to march around the facility’s circular Pi Shrine and eat pies. This year’s Pi Day at the Exploratorium will also include a celebration of Einstein’s birthday.

If you can’t get out to San Francisco, there are infinite other ways for you to celebrate Pi Day, from writing a song to conducting a scavenger hunt or hosting a themed fundraiser. Or, you might consider making something fun, yet useful, with a slice of Raspberry Pi or any number of DIY kits now available. The creative makers on Hackster.io have shared a variety of projects for inspiration and to help you get started.

Avid Maker Turned Baker (Sort Of)
Dave Vaughan, a self-described “avid maker,” shared how he celebrated Pi Day by making a cherry pie and calculating Pi with Raspberry Pi 1 Model B+ and SimpleCV computer vision software. He explains in his project story, “The computer vision software recognized the Cherry Pie and figured out its area and radius in pixels. Then I wrote some code to back-calculate Pi using the equation for the area of a circle, i.e. Area=Pi*Radius**2. With Area and Radius obtained by image analysis of the Cherry Pie, the Raspberry Pi then calculated Pi=Area/Radius**2 using Python software.” By the way, the pie, which actually didn’t require any baking, was also a hit for dessert, says Vaughan. 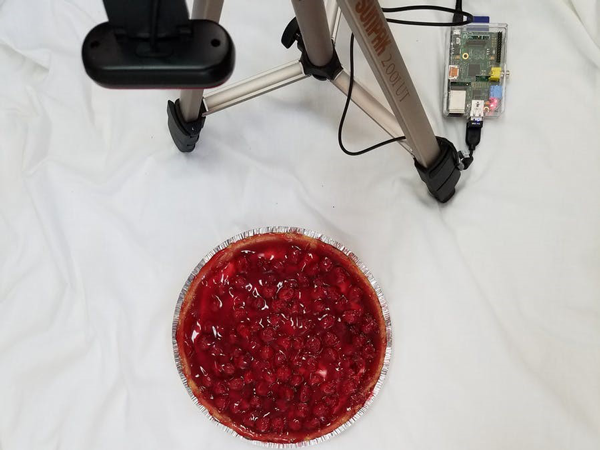 Candy on Demand
If you’ve got a sweet tooth, it might be hard to resist the Raspberry Pi-Powered Candy Dispenser created by Arduino “having11” Guy. A tweet can change the color of its LED display, and the push of a button will dispense a sugary treat. The dispenser is based on the Arduino Nano R3, a Raspberry Pi Zero Wireless, a stepper motor, an RGB LED common cathode, a pushbutton switch, a single-turn potentiometer, and a few other components. Its designer created this version with the intent of improving upon a previous version with a “better, smarter, and more connected machine.” 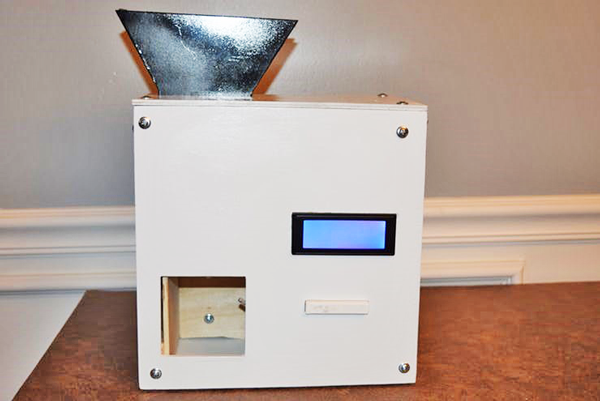 This Cake is a Scream
While this project was created for an understandably sensitive cake, you could adapt it to pie…and see if it feels the same pain! pipix’s Screaming Cake yells “Ow!” each time it is cut. It was created with JoyLabz’s Makey Makey Classic, a DIY kit that turns virtually any material into a keyboard input. “Two connections to the Makey Makey and a laptop [are] all you need to add sound effects to your cake. When the circuit is completed between the frosting and the knife, the cake will scream.” 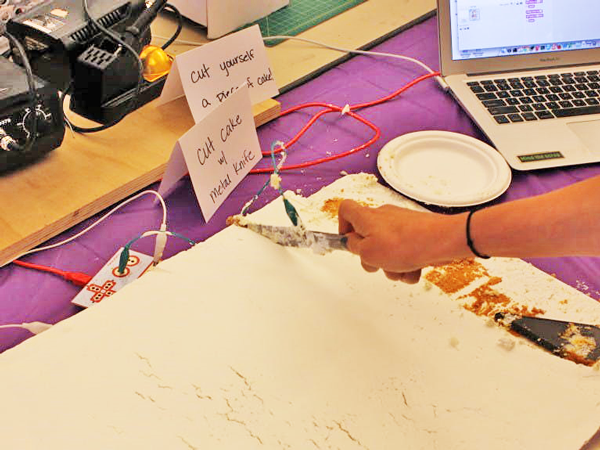 Gingerbread Only Has Eyes for You
This project will require some baking time. The good news is, you can eat it later! Dexter Industries’ Edible Gingerbread Robot with the Raspberry Pi and Servos features facial recognition, courtesy of OpenCV computer vision software, and does a little dance when its Raspberry Pi Camera sees a face. This robot was brought to life with the Dexter Industries PivotPi, two large servos, and various Raspberry Pi components. Oh, and of course, flour, sugar, butter, ginger, cinnamon, etc. 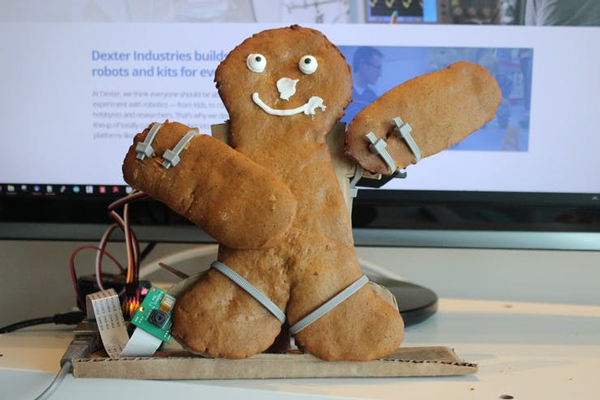 Tea—Just the Way You Want It
With all of these sweet treats, you might want something to wash it all down. Cup of tea, anyone? One team of makers has created an Intelligent Tea Maker using an electric kettle, a water pump, a Raspberry Pi 3 Model B, the DS18B20 programmable resolution 1-Wire® digital thermometer, dual H-bridge motor drivers, and a few other components. Mohammad Ghamary, Ehsan Aerabi, Mehrdad Hosseini, and Erfan Saghabashi created the smart appliance as their final project in an embedded systems course. Thirsty users simply tell the tea maker their desired tea temperature and thickness, and the device does the rest. 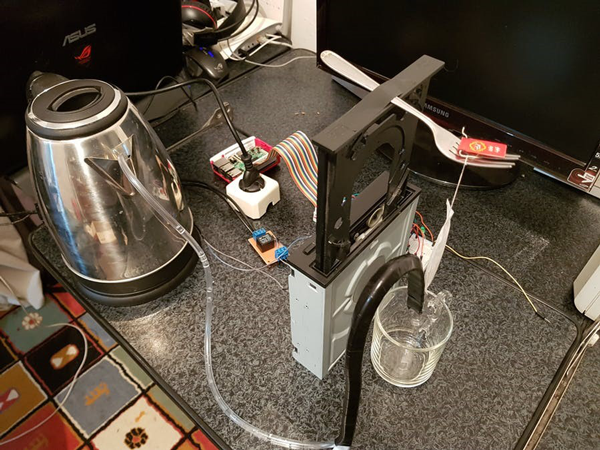 As with all of the projects on Hackster.io, source code, schematics, instructions, and other details are available for you to get started. How will you celebrate Pi Day?