Ants Have Their Own Smart Cities—Why Can’t We?

Ants Have Their Own Smart Cities—Why Can’t We?

The drivers for smart cities—efficient resource usage, sustainability, resiliency—are not new. They aren’t even unique to humans. Familiar with anternet? A Stanford ant biologist and a computer scientist discovered that when harvester ants forage for food, their behavior mirrors the Transmission Control Protocol (TCP) algorithm that manages internet data traffic. What about the internet of fungi? Researchers have described fungal networks that link the plant kingdom, allowing them to share information and nutrients or even emit toxins to sabotage unwelcome plants.

We humans may not be as original as we think! But bringing smart cities online certainly requires engineering ingenuity. And the challenges that these cities need to address have grown more complex, said Aniruddha Deodhar, IoT solutions lead at ARM, during a Feb. 1 talk at DesignCon. 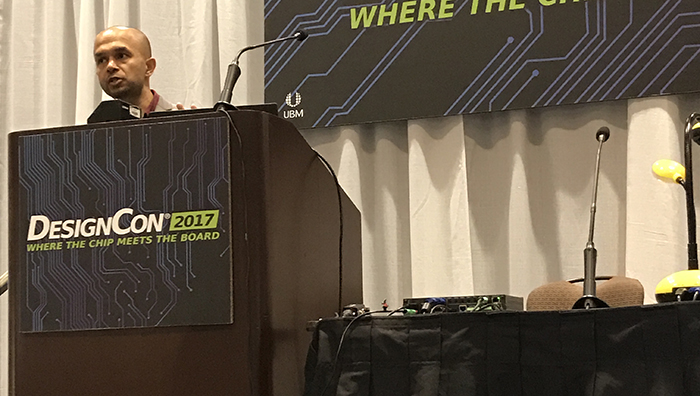 By 2050, noted Deodhar, the world will have 9.7 billion people, with two-thirds of us living in urban areas. Supporting this rapid urban growth calls for measures that address issues ranging from resource constraints to pollution to climate change. “Most modern cities lie on some water body. All of them will face the adverse effects of climate change if we don’t do something about it,” noted Deodhar.

There are ample opportunities to make cities more responsive, sustainable, and comfortable for their populations, Deodhar told the audience at the ChipHead Theater in the conference’s exhibitor hall. As an example, he noted, “Even though you see a lot of New Age IoT devices, a lot of work is (being) done in terms of improving mobility, health, and access to information for senior citizens.”

Copenhagen presents a good example of a city that is on the forefront of becoming smarter. Its goal is to become the first carbon-neutral capital by 2025. To address the effects of climate change, Copenhagen has already begun applying sustainable city solutions, including integrated transport and cycling programs and a new district cooling system.

Much of the efforts for building a smart city will happen through intelligence gathered via sensors and instrumentation. How to make this happen? Start from analog, add the digital elements, and choose the right kinds of sensors. Deodhar suggests evaluating sensors based on:

The best potential IoT opportunity currently lies in built environments, like homes, factories, retail shops, cities, and buildings. Device management is an important consideration, considering that cities could potentially have millions of sensors distributed within their borders. Also critical are energy efficiency and security. From a sensor standpoint, most of the power consumed stems from the wireless links that transmit data. That’s why entities involved in creating smart cities—including software and chip designers—are working to develop more secure, power-efficient sensors.

Maxim also offers solutions to support IoT designs. For example, the MAXREFDES143# IoT embedded security reference design protects an industrial sensing node via authentication and notification to a web  server. The reference design features a standard shield connector for immediate testing using an mbed board, such as the MAX32600MBED#.