摘要 : This design solution discusses the advantages of powering a smart watch with a highly integrated PMIC based on the single-inductor multiple output (SIMO) architecture. We compare it to a typical solution with low level of integration which leads to inefficiencies in PCB space and power consumption. Thanks to a unique SIMO architecture, the MAX77654 PMIC delivers more power efficiently in a smaller space, enabling longer battery life and smaller form factor for smart watches and other wearables.

The market growth of smart watches continues unabated, fueled by a plethora of new features and applications. Personal health and fitness products include new features like tracking, alerts, and connectivity. The rise in smart watch-controlled automotive is fueled by features like emergency assistance and car status updates. Waterproof and shockproof features as well as brighter displays are driving the growth of this market globally. High-definition cameras, GPS receivers, tiny powerful speakers, ample storage, and other new features are on the horizon. However, the requirement for smaller form factors escalates the challenge of miniaturization in electronics and presents additional ones for longer battery life. This design solution presents an innovative power management system that delivers power with higher efficiency in a very small space, while enabling longer battery life for miniaturized wearable devices (Figure 1). 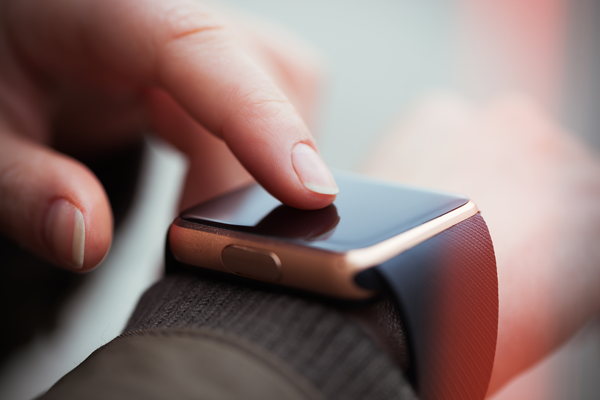 Programmable SIMO to the Rescue

Ideally, an efficient solution occupies minimal space and integrates the battery charger and required regulation to power the smart watch blocks all in one chip. A single-inductor multiple-output (SIMO) buck-boost converter that implements three switching regulators with a single inductor further reduces the occupied space. Each regulator’s topology is programmable, supporting buck-boost operation for voltages within and above the battery voltage range as well as providing buck operation—inherently more efficient than buck-boost—for voltages below the battery voltage. Finally, high-frequency operation allows the use of a small inductor, further minimizing the space required. Two on-chip LDOs are used for noise-sensitive loads or as load switches. Figure 2 illustrates a highly integrated SIMO PMIC. For simplicity, the external passives are not shown here. 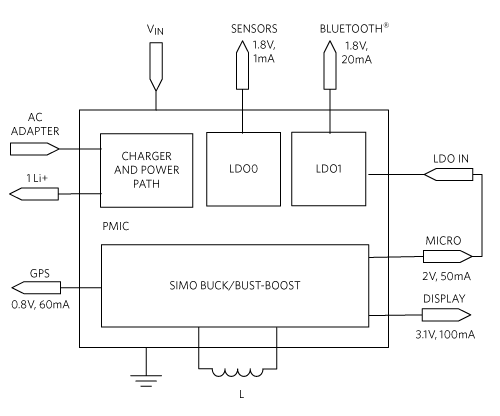 Figure 3 is a system power tree, reporting each regulator’s output voltage, load current, efficiency and power dissipation (PD). Three out of five loads are supplied directly by the high-efficiency SIMO switching regulator. The LDOs for the fourth and fifth loads are also supplied by the SIMO, achieving 90% efficiency because of the low dropout (2V to 1.8V). The overall system efficiency is an outstanding 86.2%. 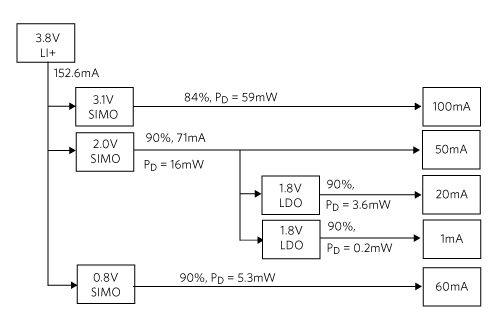 Figure 4 shows the block diagram of the SIMO converter (all the components, except the inductor, are integrated). The switching regulators deliver power with minimum losses, and the clever architecture eliminates the need to have one inductor for each switching regulator. 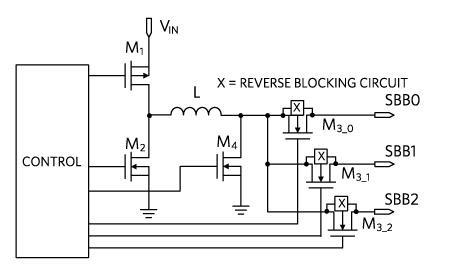 In this hysteretic discontinuous current mode (DCM) regulator, the inductor is shareable since the inductor current always goes to 0.

In buck-boost mode, the inductor builds up current with M1 and M4 ‘on’ at the rate of VIN/L. When it reaches a programmed limit, the current is delivered to the selected SBBx output, via the M2 and M3_x transistors, as shown in Figure 5.

Outputs are serviced in the order in which they are requested by their output error comparators, also known as first-in-first-out (FIFO).

As shown in Figure 5, the three switching regulators are serviced one at a time and the inductor current goes to 0A, avoiding cross-regulation issues.

Thanks to its SIMO switching regulators and its integrated LDOs, the small MAX77654 PMIC (WLP, 2.79mm x 2.34mm x 0.5mm), delivers power with minimum losses in a PCB space that is 41% less than the typical implementation (see next section). In Figure 6, all the PCB active and passive components are accounted for. 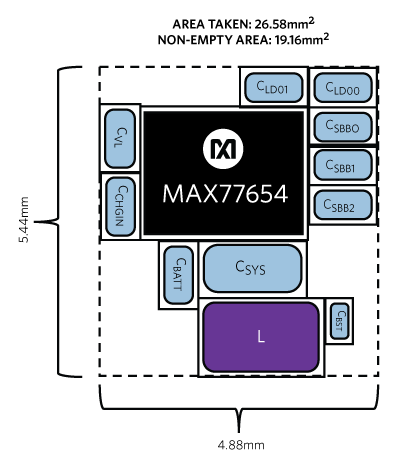 The total board space occupied is merely 19.2mm2. 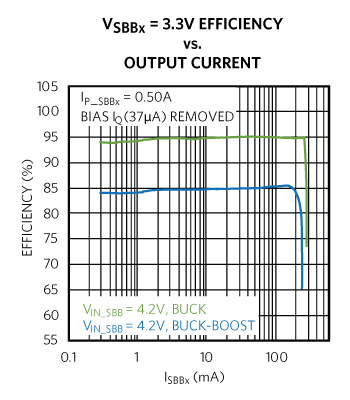 A typical smart watch power management system is shown in Figure 8. A PMIC implements the battery charger, a buck converter which powers the micro, and an LDO which powers the display. A second IC, a dual LDO, powers the sensors and Bluetooth®. For simplicity, the external passives are not shown here. 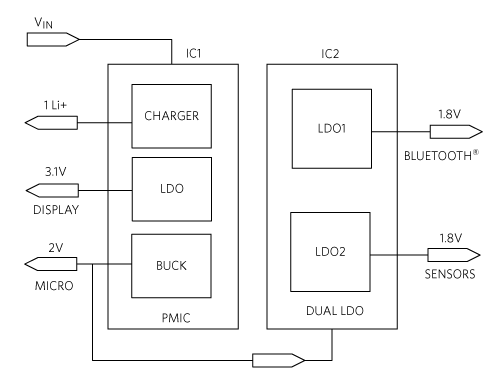 The complete power tree for a typical implementation is shown in Figure 9. In this typical space-constrained solution, a heavy use of LDOs results in an overall efficiency of only 73.8%. 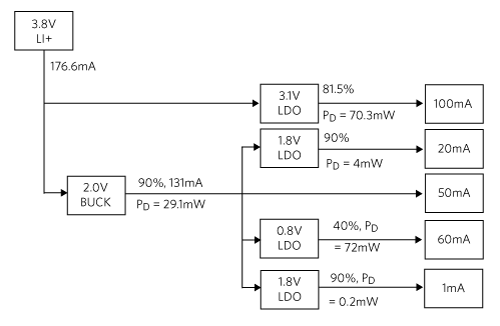 Figure 9. Power tree of a typical solution with lower efficiency.

A comparison between the two solutions’ power performance is shown in Table 1.

All active and passive components for the typical power flow diagram shown in Figure 9 are accounted for in the solution drawing of Figure 10. 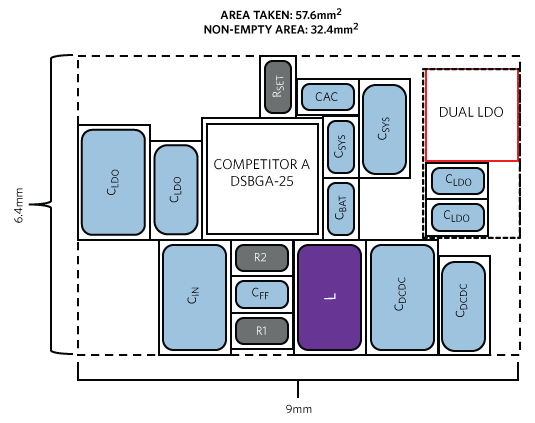 This typical hearable solution occupies a board area of about 32.4mm2, or 69% more than that of the SIMO-based solution (19.2mm2). Here, the relatively low level of integration, the use of multiple LDOs, and bigger passives results in a solution that is inefficient in both space and power.

We discussed the advantages of powering a smart watch with a highly integrated PMIC based on the SIMO architecture. We compared it to a typical solution with a low level of integration that suffers from inefficiencies in terms of both PCB space and power consumption. Thanks to a unique SIMO architecture, the MAX77654 PMIC efficiently delivers more power in a smaller space, enabling longer battery life and smaller form factor for smart watches and other miniature portable applications.