One thing that seems to happen over and over in our industry is the emergence of a new product area that makes a big splash on the engineering scene and then languishes in a dark, dry corner for years. The technology sounded so good! A wonderful thing we could use to revolutionize our products. Then the technology languishes and hangs around for some years with a few companies offering some new versions. But, it never really makes it to the big time. And then some years later it finally emerges as a very viable method and is used all over the place.

This quite often happens because the products didn’t really meet expectations that the hype generated. Or, there may be so many competing versions that no one quite figured out which way to turn. And then the technology matures and works well and you see it used everywhere you turn.

This seems to me to be the case for powerline communications (PLC). A number of years ago, PLC seemed like the solution to lots of communication problems. But then it faded, and now it finally seems to be hitting its stride. It’s being used for utility smart grid and meter reading apps, home automation, and many other areas we’ll talk about later. Its big advantage, of course, is it needs no new wiring. And, PLC can be used over fairly long distances.

Actually, sending data over power lines was recognized as a neat thing to do a very long time ago. The concept of sending communication signals on the same pair of wires that are used for power distribution dates to patents from 1924 implementing "carrier transmission over power circuits.” PLC for voice telephony began in the early 20th century and became widespread in Europe and the United States by the end of the 1920s.

Powerline communications methods are now divided into broadband and narrowband. Broadband is used to send high-speed data, like Ethernet, around the home, while narrowband works at a bit more leisurely pace for utility meter reading, industrial command and control, home automation, and many lighting control applications.

One thing for certain is that the PLC working environment is tough. Not only do the untwisted power wires act like antennas, but there are always multiple circuits in an industrial setting or in the home, and the communications signal will likely have to travel to the main circuit panel and then find its way to the destination receiver. Each circuit coming from the main panel has multiple taps creating a very complex impedance and noise environment to be sending RF signals around in. Power lines are often an extremely difficult and noisy communications medium, characterized by several unpredictable and strong forms of interference.

Broadband systems in particular have a tough time of it—both in rejecting interference and in generating it. HomePlug AV, introduced in 2005, is now the mainstay of wideband PLC. Adapters are available advertising physical rates of 200Mbps, 500Mbps, and now over 1Gbps. While a HomePlug connection might have a theoretical maximum of 200Mbps, most actually yield around 30Mbps to 50Mbps—still adequate most of the time for shuffling video from your router to the TV, as long as it is reliable and consistent. HomePlug was ratified by the IEEE® 1901 specification, which assures interoperability.

But today we want to talk about narrowband powerline communications.

Communication over long-distance power lines, both AC and HV DC, is an important part of the electrical grid infrastructure. Automated utility meter reading is now the norm most everywhere. Home automation of lighting, HVAC, and appliances is a significant and growing usage area. All of these areas are using narrowband PLC. Designers of industrial control systems are making use of this technology. Other rapidly emerging applications include the control of street lights, vending machines, solar panels, and electrical vehicle charging.

There are two main standards for narrowband nowadays: G3 and PRIME. In general, the G3 (or similar IEEE P1901.2) standard focuses more on robustness. For an industrial application you must be certain the data will arrive, maybe not at top speed, but it does arrive. G3 offers 20.36Kbps, 34.76Kbps, and 46Kbps (with coding) data rates, forward error correction (FEC), and compatibility with 6LoWPAN/IPv6. G3 operates over the CENELEC-A or –B bands (20Kbps–40Kbps) in Europe and can be used across the full FCC band to provide data rates up to 400Kbps in the US. It offers layer 2 128-bit AES encryption to provide data security.

G3 and PRIME make use of orthogonal frequency-division multiplexing (OFDM), a technique for transmitting large amounts of digital data over a noisy channel. It combines many slow data rate carriers to form an overall higher data rate. A set of carrier frequencies, or channels, are automatically selected to stay away from interference. The multiple sub-signals are transmitted simultaneously at different (orthogonal) frequencies. Each data sub-carrier is modulated using PSK or QAM. This, along with error correction, ensures the data can be received without errors in very noisy environments.

The trick that makes OFDM a practical transmission system is to link the subcarrier modulation rate to the subcarrier. By setting the subcarrier spacing to be the reciprocal of the symbol rate, the peaks and nulls line up perfectly such that at any subcarrier frequency, the subcarriers are orthogonal and there is no interference between them.

Several chip vendors make controllers supporting PRIME, G3, and IEEE 1901.2 standards. The OFDM along with error-correction techniques make narrowband PLC very usable for industrial control systems in their typically very electrically noisy environment. These techniques do use some pretty heavy math functions and require some serious compute power. These days that’s not much of a problem, but be certain the controller chip you select has the horsepower to handle your specific environment.

An example of a narrowband PLC controller IC is the ZENO MAX79356 from Maxim, which uses two pipelined 32-bit RISC processors. The chip is G3-PLC certified and its programmability ensures it can handle revisions and country variations in the standards. 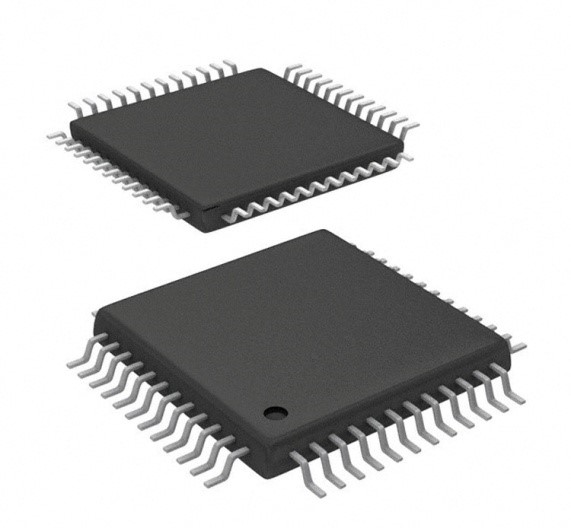 The MAX79356 takes only 80.6mW maximum in listening mode. The IC includes a complete analog front-end (AFE) and has a AES-CCM encryption engine for high security. It comes in a 48-pin LQFP package and operates over -40° to 85°C. 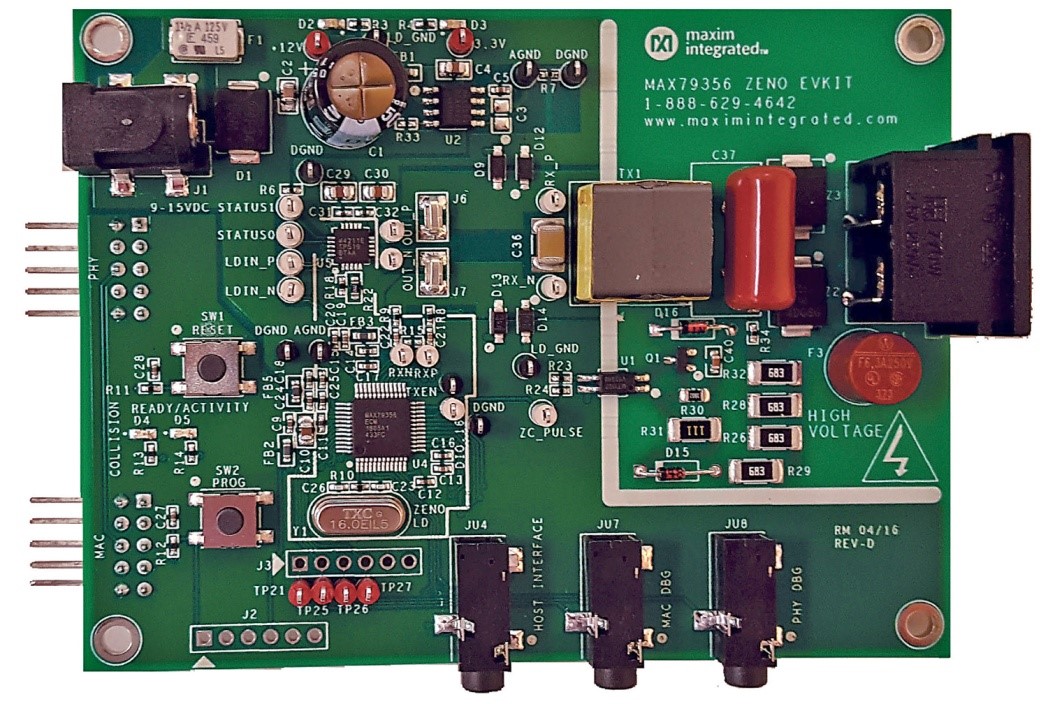