When a bunch of electronic components get together for a party, it can be a noisy one. What if you’re in the mood for a quieter get-together, where no one component’s behavior disrupts another’s? Then you need to manage electromagnetic interference (EMI) in your power-supply designs. And it’s best to do so early on—the later you wait, the more challenging and expensive EMI mitigation becomes. After all, you don’t want to risk a total power redesign, do you?

Distorted sound from the radio when you turn on the blender, lines on an analog TV screen when a low-flying plane passes overhead, a microwave oven’s impact on the WiFi signal – these are all examples of EMI that we encounter in our day-to-day lives. The level to which EMI can disrupt a device’s operation ranges from annoying to damaging, depending on the applications in which the affected circuits are designed (a television versus a programmable logic controller inside an automated factory, for instance). That’s why there are regulatory bodies that dictate EMI standards governing the performance of electronic equipment.

Two key—and fairly similar—standards for electromagnetic compatibility of digital electronic equipment are CISPR 22 in Europe (maintained by CISPR: the International Special Committee on Radio Interference) and FCC Part 15 in the U.S. (maintained by the Federal Communications Commission). In the rest of this blog post, I’ll refer to CISPR 22. 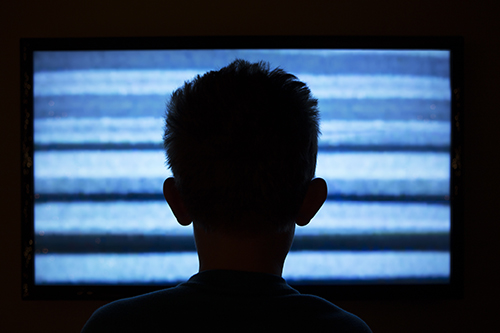 EMI from a low-flying plane or a nearby appliance can disrupt the signal on an analog television.

The CISPR 22 EMI specification (often referred to as EN 55022 in Europe) covers:

Now, as a use case, let's take a look at switching power supplies and how we can mitigate their noise sources. These types of power supplies can generate electromagnetic energy and noise (conducted and radiated) and also be affected by electromagnetic noise from external aggressors. Conducted emissions are driven mainly by fast-changing current shapes at the input of the converter (di/dt). Radiated EMI are fast-changing magnetic fields (generated by the circuit’s current loops) with high-frequency content of 30MHz and above. Without proper filtering or shielding, changing in these fields can couple into other nearby circuitry and/or equipment, triggering radiated EMI effects.

Among the common techniques to minimize EMI are line filtering, power-supply design, proper PCB layout, and shielding. With the line-filtering approach, a π-filter placed between the input source and power converter reduces conducted emissions from a power converter. As for the power-supply design, in a buck converter, fast di/dt current edges at the input generate high-frequency harmonics EMI in the regulatory conducted range. If you keep the area of these current loops small, you’ll minimize the field strength. If you slow down these edges, you’ll reduce the high-frequency harmonic content of the switching regulator; however, slow transitions impact regulator efficiency because of the wasted energy. A boost converter running in continuous conduction mode behaves differently. Here, the boost converter has less conducted EMI component at its input because the input current is more continuous versus that of the buck converter. From a PCB layout standpoint, there are various best practices to consider to minimize EMI noise sources, including minimizing high di/dt current loops and using a Faraday shield. By practicing good PCB layout methods, you can meet EMI standards without compromising the efficiency of your power converter by slowing down the switching edges. Using power components (such as inductors), power regulators, and power modules with low EMI also makes a positive impact. Maxim's Himalaya regulators and Himalaya power module families feature low-EMI power inductors and are designed with good PCB layout practices. When using these Himalaya solutions, you don’t need to worry about compliance because Maxim has done all the work with the ICs, modules, and example reference layouts so that you can pass CISPR 22 (EN 55022) at optimal cost.