I'm having a problem you might be able to help me out with. I'm designing an industrial sensor, but I'm struggling with the power budget to make it work with the IO-Link connectors. The problem is that the regulators and LDOs on the IO-Link® transceivers I've been looking at aren't efficient enough for the amount of current I need. Also, the sensor enclosure is too small for me to use a separate DC-DC converter. Any ideas?

Thanks for dropping me a line. You haven't given me exact figures to work with, but I think I understand the problem you described and I'm sure it's one that lots of industrial sensor designers can identify with. While IO-Link is great for lower power sensors, the power limits on the connectors can be a bit of a headache with higher currents. For example, a sensor drawing just 15mA of current from a typical 30V DC rail (450mW) already exceeds the "rule of thumb" figure of 400mW for an M8 connector. A sensor drawing 20mA or more starts to run into problems even with the 600mW (typical) figure for an M12 connector (Figure 1). 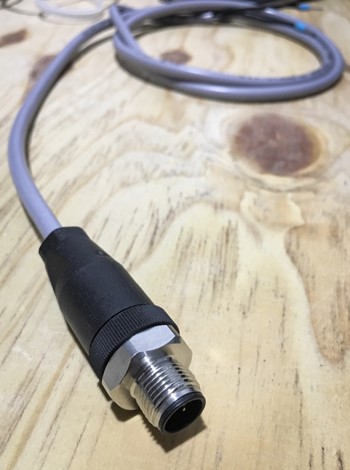 As you said, the usual solution is to use a separate, more efficient DC-DC converter to power the rest of the circuitry in the sensor (micro, AFE, LEDs, etc.). Of course, the issue here is that this IC can be as big as the IO-Link transceiver itself, and that's obviously where you're running into the space problem.

If you had come to me with your problem at the start of the year, I might have struggled to help you out, but as it happens the timing of your question couldn't be better, because there is an IC (which has only been available for a matter of months) that I think is ideal to solve your problem.

One of the newest IO-Link device transceivers for industrial sensors and IO-Link sensor and actuator devices is the MAX22513 (Figure 2). It's a surge-protected, dual-driver device, and it also comes with an integrated DC-DC buck regulator. Happy days! 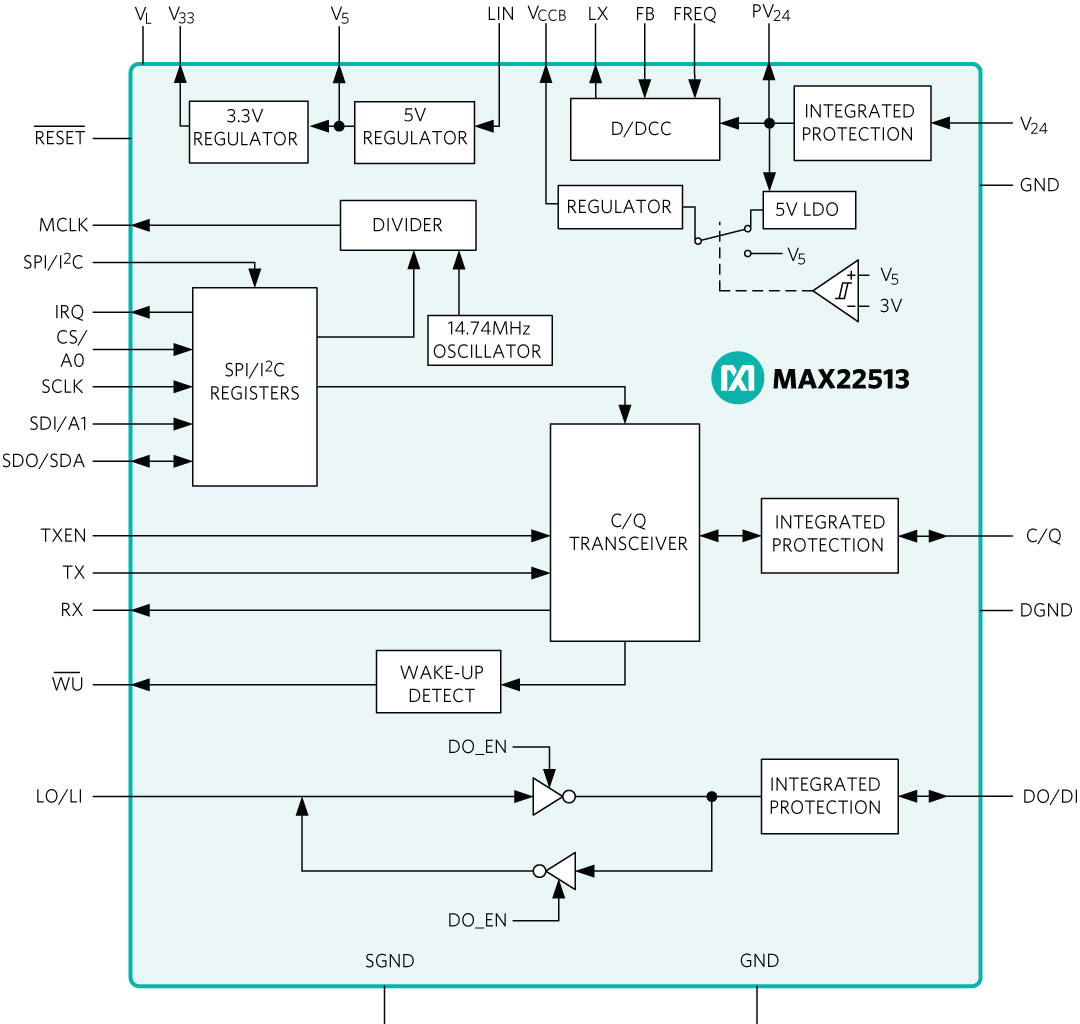 It's the industry's smallest (3x smaller) and most power-efficient transceiver (4x lower power dissipation) compared to the "best of the rest." Its 80% efficient DC-DC regulator can deliver up to 300mA and the output voltage is programmable between 2.5V–12V (which is really handy!). Another great thing about this part is that because it has a second IO-Link channel (which most other transceivers don't), you can use it for DI/DO sensor switching while you're sending/receiving data on the C/Q channel (saving you even more space, which it sounds like you need!).

Hopefully this might help you out, JP. If you're interested in delving deeper into the power calculations, you might want to have a look at an article I wrote on this topic a while back, "Bring Your High Current Sensors to the IO-Link Revolution." Best of luck with your sensor design.