Growing up, Devin Alexander loved the Science Channel show "How It's Made," so it's no wonder he developed a fascination in how things work at a systems level. In high school, he knew he wanted to pursue a career that would let him create things. By his senior year, he was experimenting with the Arduino platform. This summer, Alexander, now a computer engineering senior at the University of Illinois Urbana-Champaign, brought his imaginative insights to his internship at Maxim's San Jose headquarters.

"This internship has showed me that I really like working with systems, incorporating things into one gigantic product. Knowing a bit about each device is important, as is knowing how they contribute to the system," noted Alexander, who worked with the company's Training & Technical Services team.

In addition to writing drivers for battery fuel-gauge ICs and other projects, one of Alexander's highlights this summer was creating a heat-sensing robot using the MAX32620FTHR and MAX32630FTHR. The robot project was sparked by a mischievous idea to tuck a robot into a colleague's cubicle and remotely control its actions for the unsuspecting co-worker. Alexander came up with the idea of using LoRa radios in between the Bluetooth connection, and a co-worker suggested adding an IR sensor to the robot. Before long, what started out as a potential joke turned into a practical application. 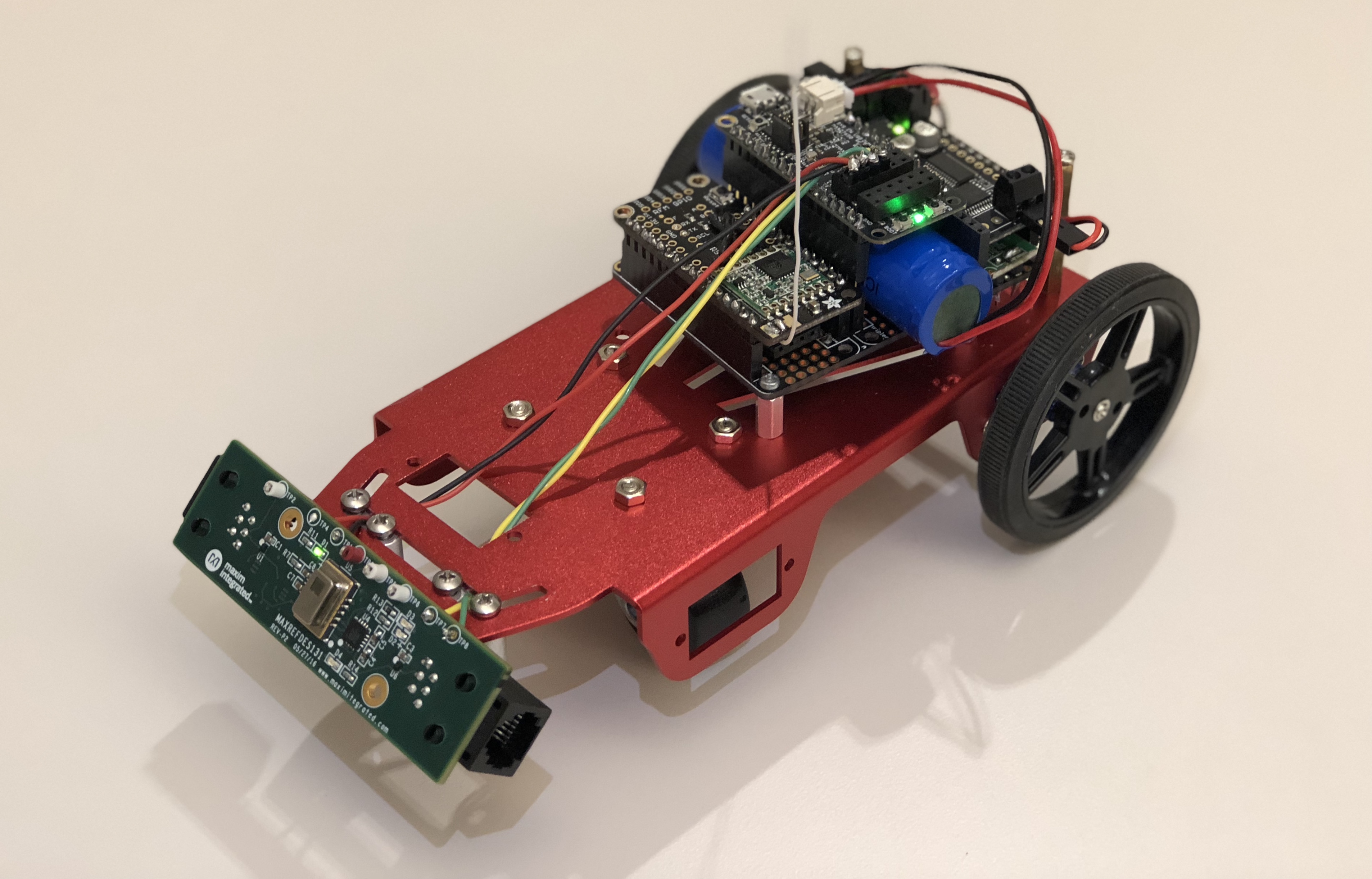 Alexander has documented the components and schematics for the LoRa robot on his Hackster page. With its heat-sensing capabilities, the robot has potential for some practical applications, such as fire detection. Right now, the robot senses heat from the human body, but adjusting its temperature thresholds could open up new possibilities. The robot could also be the basis for his senior project at school.

Both the MAX32620FTHR and MAX32630FTHR rapid development platforms are suited for prototyping compact, connected, battery-powered devices. They're part of Maxim's DARWIN family of products, which are marked by microcontrollers that are smart, lean, tough, and ready for the evolving IoT. Along with the MAX32620 Arm® Cortex®-M4 microcontroller with floating-point unit, the MAX32620FTHR integrates the MAX77650 ultra-low-power PMIC with single inductor, multiple output (SIMO) technology and the MAX17055 fuel-gauge IC for efficient power conversion and battery management on a small board. Alexander noted that the fuel gauge was useful for monitoring the robot's battery state-of-charge. The board is compatible with breadboards and feather wings and it provides two 12-pin Pmod™-compatible socket connectors for additional expansion options. MAX32630FTHR features, among many other components, the MAX14690 wearable PMIC and a dual-mode Bluetooth® module that allows Alexander to control where the robot goes via a smartphone. Both boards work with the Arm® Mbed™ platform for developing IoT applications.

Do you have a robot concept you're ready to bring to life?