To create a custom board with human body sensors, you’ll first need to develop custom hardware and firmware. Then, you’ll need to validate your concepts and build prototypes that can be field tested. You’ll likely need to spend a lot of time evaluating sensors and other solutions on the market.You’ve got a great idea for a wearable health and fitness tracker. It’s practical, unique, and you just know it will sell—especially if you can get it out in time for the holiday shopping season. Trouble is, you’re not sure you can meet the timeframe.

What if you had a design platform that could shave off up to six months from your prototype development cycle?

Andrew Baker, executive director of Industrial and Healthcare Products at Maxim, discussed just such a platform with an audience at the recent Wearable USA (IDTechEx SHOW!). The conference brought together people interested in emerging technologies in areas such as wearables, the internet of things (IoT), 3D printing, energy harvesting, and electric vehicles. Held in mid-November at the Santa Clara Convention Center, IDTechEx SHOW! attracted attendees from about two dozen countries.

“Wearables are pretty much everywhere these days, enabling new use cases. People are looking to measure their bio-signs in a smarter way,” Baker said. “Ultimately it’s aimed at making more intelligent decisions.” 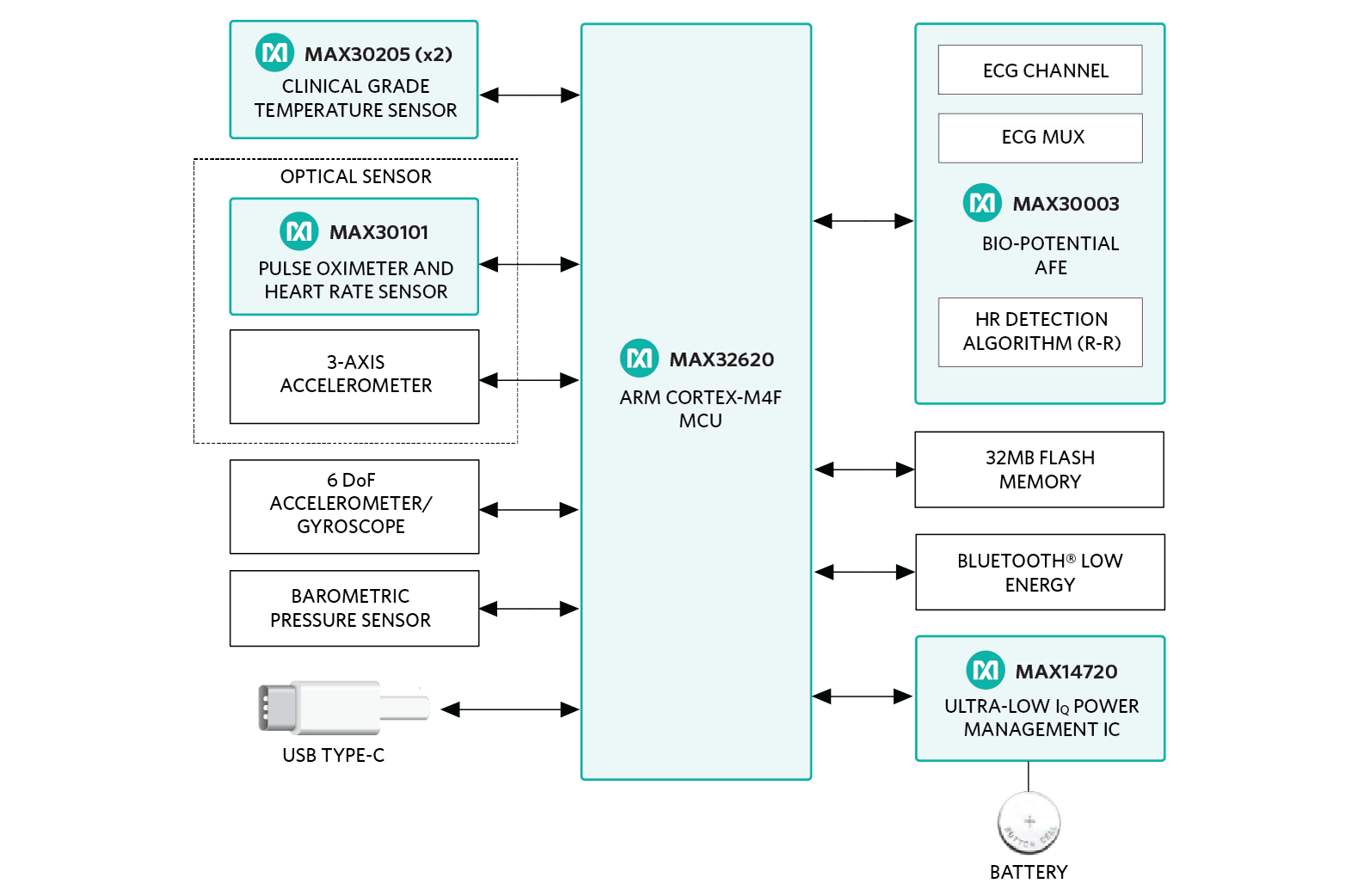 Figure 1: Running on a single coin cell, Maxim’s hSensor Platform can be used to prototype a variety of fitness, wearable, and clinical devices.

“The hSensor Platform allows the engineer to iterate much faster. We’ve done the hard work in terms of developing the base platform,” said Baker. “You can use it as a reference design. You can use it as a demo, as well as an evaluation [and development] platform for the technologies we have on the device.”

For engineers who want to customize the operation of the platform, development code is enabled by the open-source ARM® mbed™ IoT Device Platform. The platform, which was named to EDN’s Hot 100 Products of 2016 list, comes with algorithms for multiple applications:

“The real intent of the platform is to enable engineers to iterate really fast, reducing the cycle times. One of the ways we’ve seen engineers use it internally in the company is to develop a proof of concept. You can even use this as a vehicle to test customer feedback,” Baker explained.